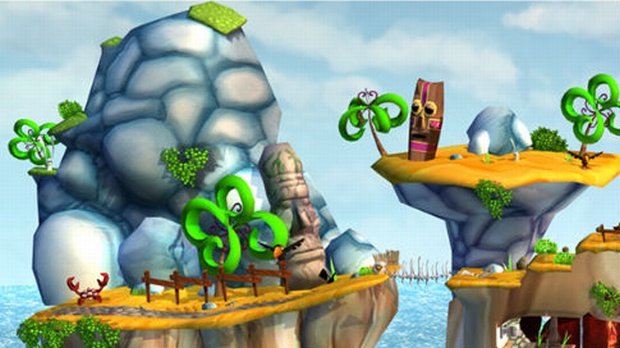 An attractive game for WiiWare that isn’t a puzzle game, you say? Bring it on! Gamelion Studios is behind the upcoming Furry Legends, which the developers describe as “A mix of Sonic, LocoRoco, Mario and some LittleBigPlanet“. Well, those things all sound good to me!

The platformer puts you in the role of a fuzzy character who is trying to escape from an evil tribe called the Cube’y Squaries. The devs also promise a story that will dig into the backgrounds of the characters, as well as controls that use the Wiimote and nunchuk. Pricing and release dare specifics are still unconfirmed, although Gamelion say they are shooting between the 3rd and 4th quarter of 2009.

Check out the newest trailer for Furry Legends after the jump. Do want, or will you pass on this one?