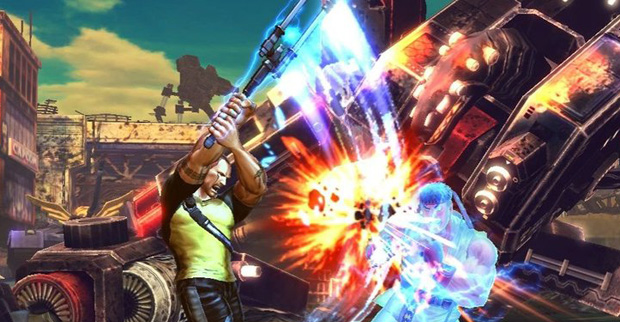 There was a time when I was sure that the PS Vita would be my console of choice for Street Fighter X Tekken. The game looked exactly the same on the portable, plus it had an exclusive character. Sure, I don’t give a rat’s ass about inFamous, but Cole looks a lot more fun in Street Fighter X Tekken than he does in his own games, and besides, the more characters the better, right?

Now that I’ve gotten another look at the game on the Vita, I’m not so sure. The game looks noticeably slower on the handheld. The graphics are also looking a little crappier, but that very well may be Youtube’s fault.

All in all, I remain optimistic, but ultimately undecided on the PS Vita port of the game. If the PS3 or 360 versions get their own exclusive characters, and those characters are Parappa the Rapper and Ms. ‘Splosion Man, then I’m going to have to go with one of those two instead. I’m still hoping for a Pikachu infused 3DS version of the game as well as well. Unlikely, but still worth wanting.

Either way, I just hope they do something about that slowness. If Capcom needs to remove the character animations from backgrounds like they did with Super Street Fighter 4 on the 3DS in order to get things up to speed on the Vita, I’d be totally fine with it. How about you? How are you feeling about Street Fighter X Tekken on the Vita?