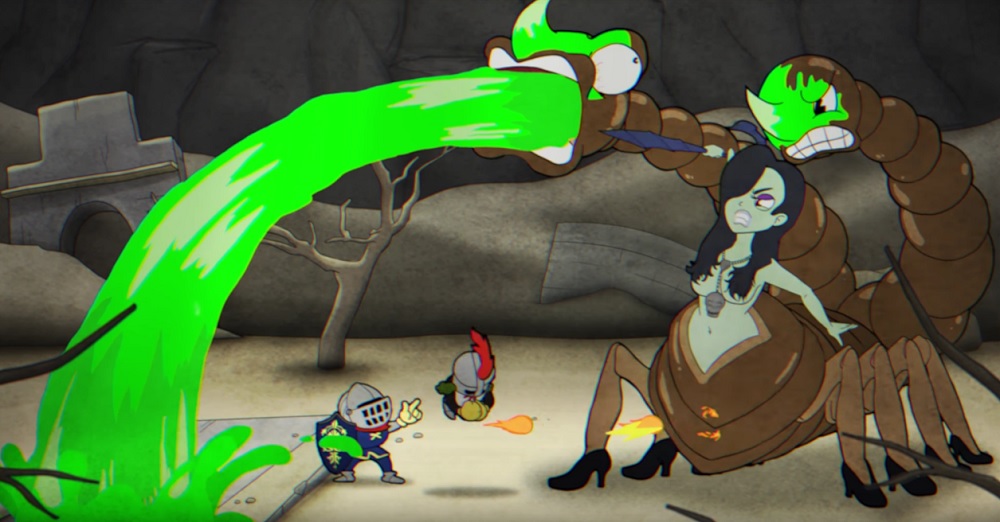 Good day for a hell battle

Cuphead took seemingly forever to come to fruition, but boy, it was worth the wait. A huge part of the game’s appeal, and its lengthy development, was its meticulous art style. The beautiful hand-drawn animation, based around the work of vintage cartoonists such as Max Fleischer, afforded the game a distinct look and an array of memorable characters.

Redesigning other video games in Cuphead’s kooky style is a fun concept, and lends itself well to fan-art and videos. One such video, by YouTube channel 64 Bits, shows what popular Gothic nightmare Dark Souls would look like if it took a merry trip through Studio MDHR.

It’s an awesome bit of animation, featuring heroes, bosses and locations as seen in FromSoftware’s hard-as-nails RPG. It’s a very cool ‘toon. The only problem I found is it just left me wanting more videos, featuring other popular franchises, redesigned in this style.

What games do you think could benefit a Cuphead-style spin-off?
[Thanks to reader Rob Morrow for the tip]