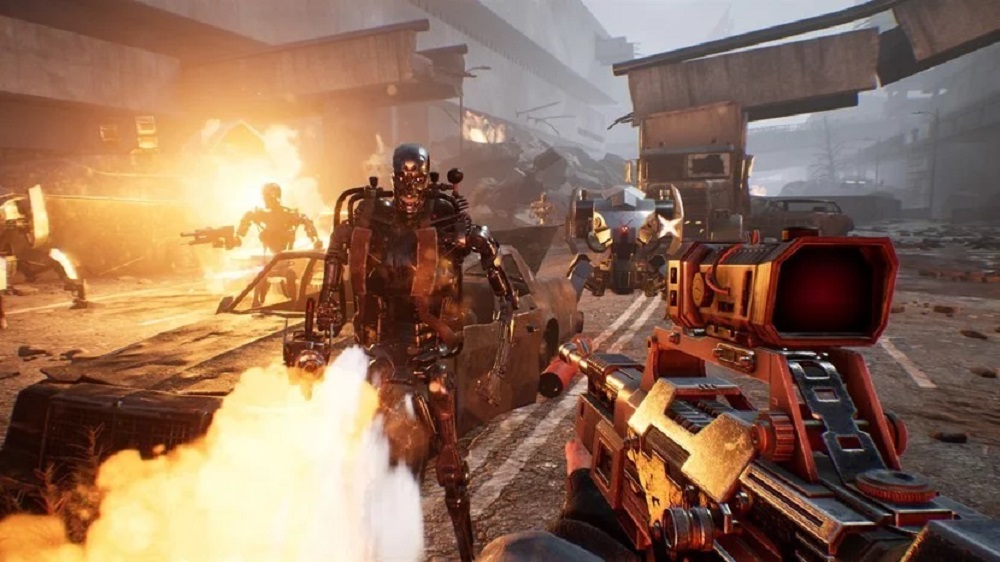 Will you be back?

Publisher Reef has released a gameplay video featuring 10 minutes of footage from its upcoming first-person shooter Terminator: Resistance, which launches soon on PS4, PC and Xbox One.

The preview video features the game’s opening, as the humans continue the Future War against Skynet in post-apocalyptic Los Angeles, 30 years after the cataclysmic events of Judgement Day. Terminator: Resistance will let players step into the role of Jacob Rivers, facing-off against familiar and unfamiliar units from the Terminator universe, while completing quests and objectives to help provide hope to the future of the human race.

Your actions both out under fire and when interacting with fellow humans will alter the course of Rivers’ future, as well as the future of your friends and associates. Just remember to carry a half-burned photograph and steal a pair of sweet Nike’s while you’re at it. Along with the gameplay overview, a separate trailer looks at Terminator: Resistance combat.

Terminator: Resistance has been delayed in North America, and will now arrive on PS4, PC and Xbox One December 10. It will launch elsewhere on November 15.