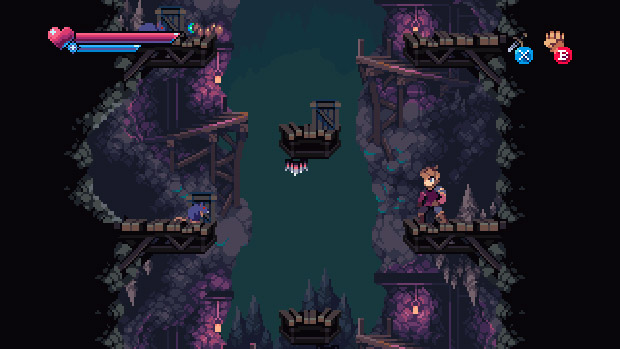 Take all of my Greenlight upvotes

Running through the list of bullet points for Chasm, it’s hard not to freak out. A 2D action-RPG platformer that’s set up like a Metroidvania with procedural dungeons and loot drops is too much to take in all at once. Then your eyes catch that this also features a permadeath mode, to say absolutely nothing of its art direction. And just look at that inventory screen — oh my goodness.

This is the kind of game that makes my day by virtue of its existence. A Kickstarter campaign is planned for April to fund development beyond this first area of Chasm, so keep that in mind if what’s shown here similarly looks appealing to you. Failing financial support, developer Discord Games could also use help on Steam Greenlight.