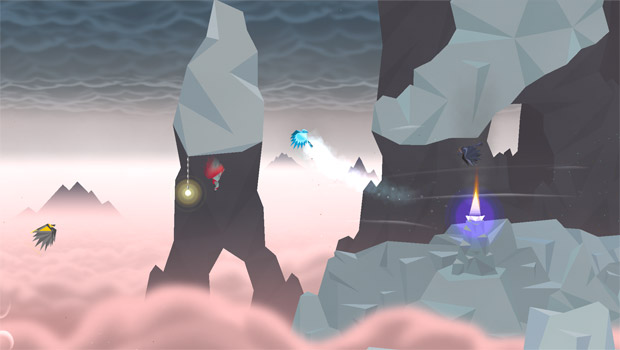 Can’t get enough of that crisp art style

If you can find enough warm bodies to play Chasing Aurora with you, that’s something I would recommend doing. The multiplayer action title will be out in time for the Wii U’s launch on November 18 via the Nintendo eShop.

At $14.99, the game is a bit steeper in price than what I was expecting. It’s made up of a time-based single-player component and three multiplayer modes which play off of classic children’s games, so mileage will probably vary quite a bit depending on what type of players you and your friends are.

For those curious, footage of the single-player and one of the modes, Freeze Tag, can be found below. Jonathan Holmes says Chasing Aurora reminds him of the original NiGHTS, so perhaps that will pique your interest.