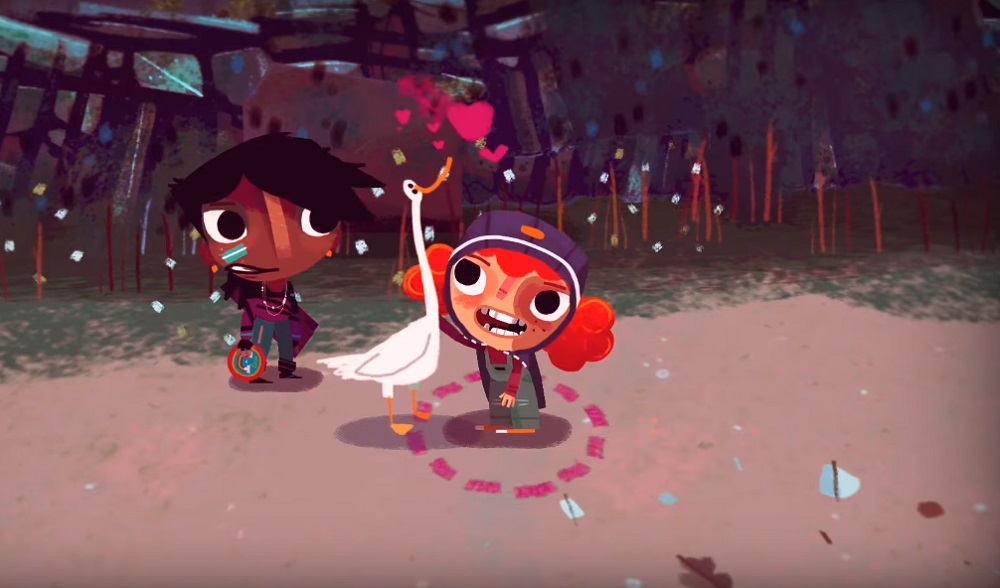 Any excuse to play that great trailer again

One of the great – and in my opinion unsung – games of 2019 was Foam Sword’s nostalgic adventure Knights and Bikes, which launched on PS4 and PC in August and won over players with its quirky art-style, charming sense of adventure and creative game design.

Publisher Double Fine has announced that, early next month, Nintendo Switch owners will also be afforded the opportunity to join plucky protagonists Nessa and Demelza, (accompanied by their goose pal, Captain Honkers) as they pedal their way around the fictional seaside town of Penfurzy, set against the background of an alternate 1980’s Britain,

The intrepid trio soon find themselves wound up in all sort of mischief, as they embark upon a spontaneous quest to search for a legendary hidden treasure. Knights and Bikes embraces the freedom of youth, with the game and its creators receiving plaudits from both fans and the media for its unique ideas, adaptive gameplay, and wholesome-yet-anarchic spirit.

Knights and Bikes is available to pre-order on Nintendo Switch with a limited time 10% discount, ahead of the game’s official release on February 6. It is also available right now on PS4 and PC.