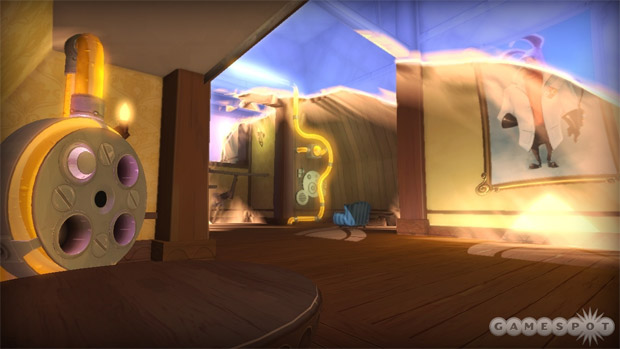 The mystery title from Airtight Games is called Quantum Conundrum, and it looks like the type of project Kim Swift (of Portal fame) would be attached to. It’s a first-person puzzle game, except this time, the subject matter appears to be going for an even broader audience.

You play a kid exploring his uncle’s crazy laboratory-esque house; in the demo GameSpot saw, you could change dimensions (for example, the fuzzy dimension makes everything cute and lightweight) and also cause your surroundings to move in slow motion. I certainly got a vibe similar to that of Portal, which is a great thing.

Quantum Conundrum will be out in early 2012 for Steam, Xbox Live Arcade, and PlayStation Network.