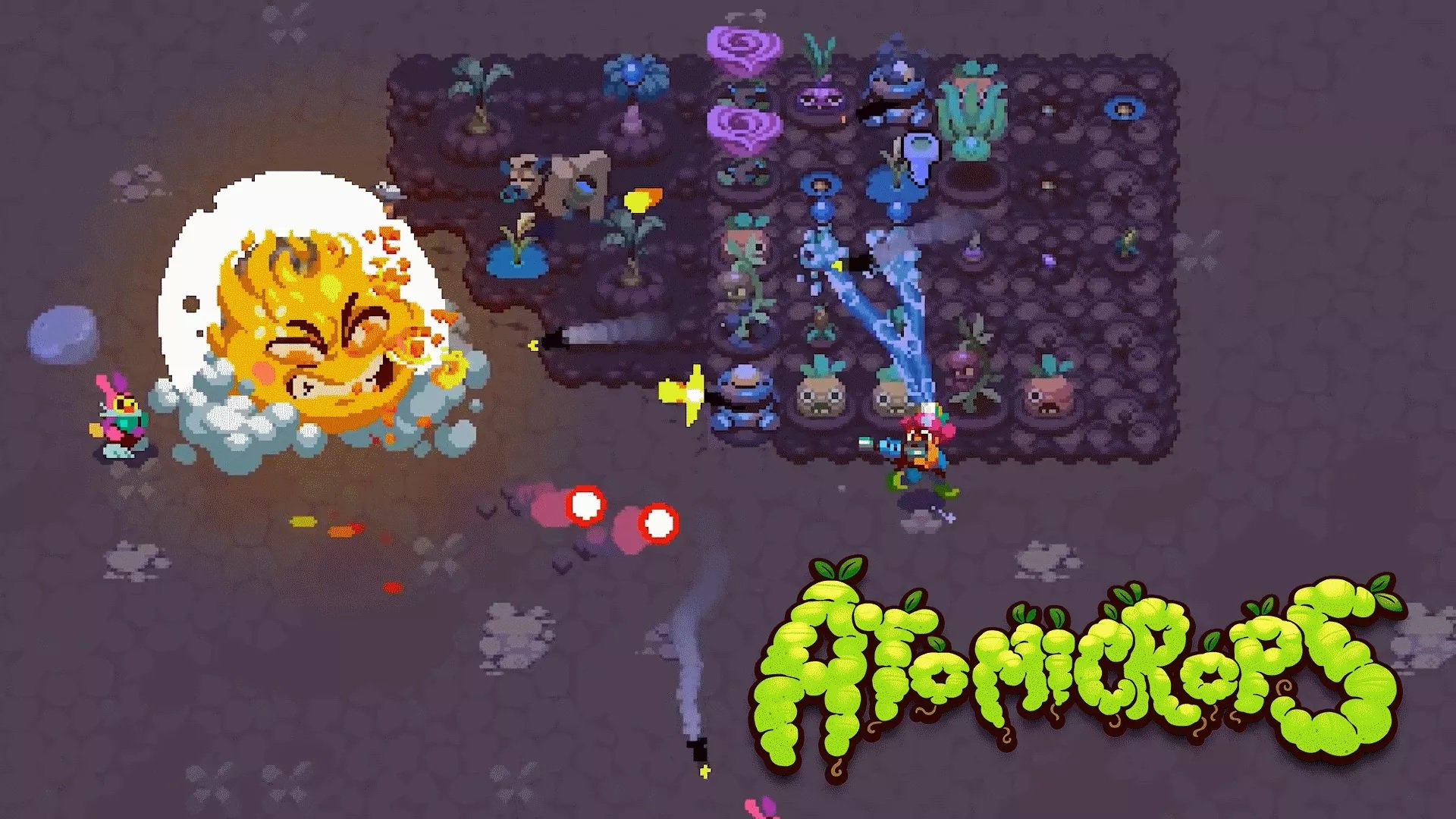 The Harvesting of Isaac

I’m not sure what else I can say about the roguelike genre that I haven’t already written. So many of these games play by the same rules that describing one can be easily applied to another. Just swap out some names and platforms and you’re all set. Last year’s PAX had an abundance of roguelike titles, but 2019 thankfully toned it down quite a bit.

That doesn’t mean they weren’t on the show floor, though. I already wrote a preview for one, Colt Canyon, but I happened to play another while in Boston this weekend: Atomicrops. As the name suggests, this pixel art roguelike game deals with sentient plants during a post-apocalypse. It already sounds like a bunch of tropes thrown together, but the game is surprisingly fun to play.

Brought to life by an excellent art style, Atomicrops marries a lot of different influences into a game that could be described as an action-packed Harvest Moon. Living in a post-apocalyptic wasteland, you’ll be tasked with planting and harvesting crops to feed your village while odd creatures come to kill you and steal your food. The world around you is randomly generated on each run, but the general location of certain areas will always be in the same vicinity (so walking East will bring you to the forest, for instance). 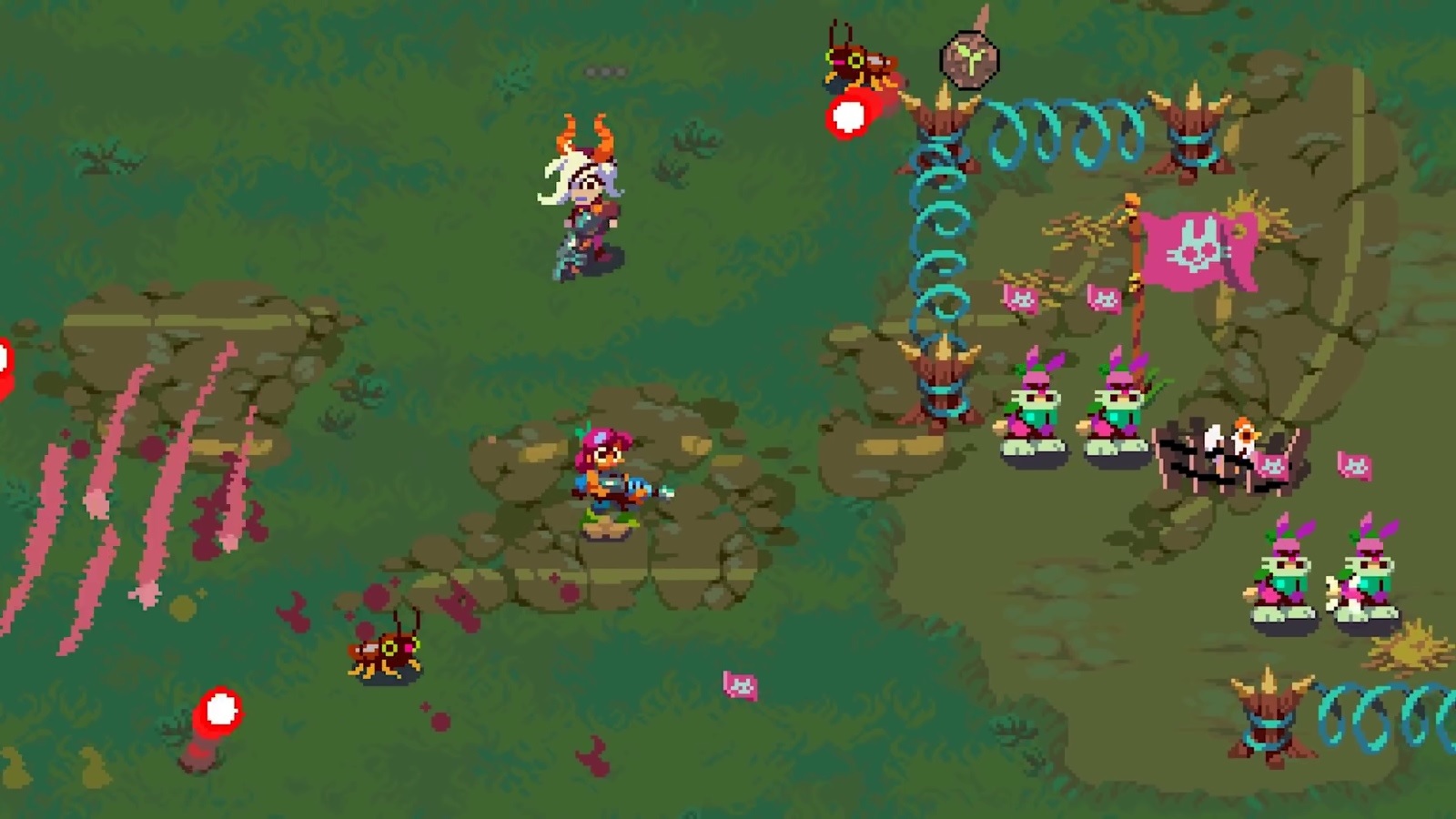 The basic gameplay is that of a twin-stick shooter. You’ll move with the left stick and aim with the right stick. You’ll start with a basic gun that can later be upgraded with the money you’ll earn from selling your successfully harvested food. With that out of the way, the only thing left to do is plant, water, fertilize, harvest, and repeat. You’ll go through five different seasons before the game ends, which takes roughly one hour to complete from start to finish (if you can survive, that is).

Each season is broken up into a few days of planting and exploring that will then culminate in a seasonal show. You’ll be graded on your performance, have the chance to woo some potential suitors, buy upgrades, and then be thrust back into the action to gather more crops. It makes for a compelling loop, even if it is derivative of other roguelike titles.

It’s easy to get sucked into Atomicrops’ loop thanks to how charming everything is. I briefly mentioned the art style, but the way in which characters animate is just so cute. The different types of crops have completely unique expressions, your character bobs and weaves with excellent fluidity, and even the gigantic sprites for boss fights are expertly detailed. 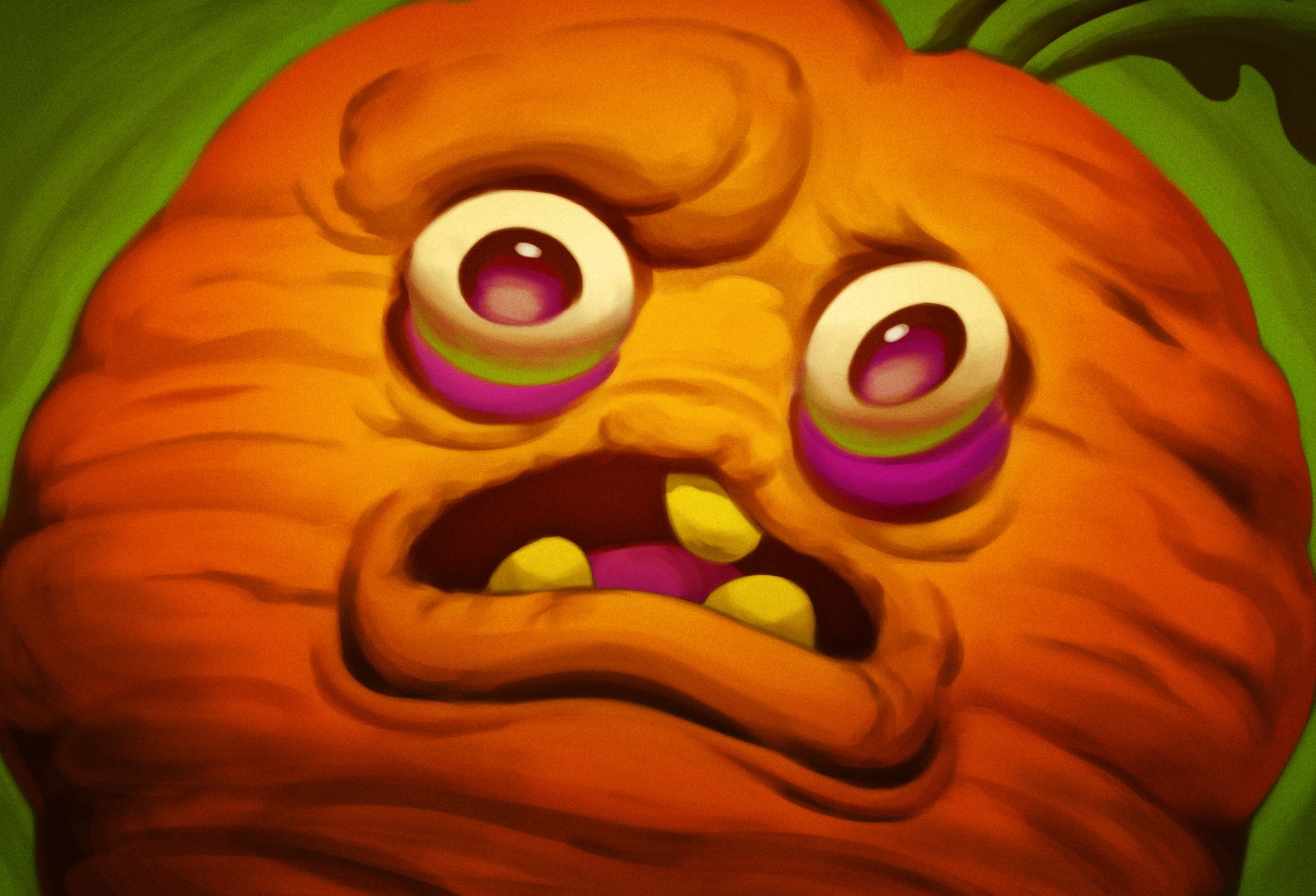 I was surprised when the rep from Raw Fury (publisher of Atomicrops) told me that the same artist of Nighogg 2, Toby Dixon, did work here. That’s not a knock against the artist or that game, but I remember how off-putting the change in art style was during the initial reveal. Coming from a minimalistic pixel art game to this goofy looking Sesame Street thing gave people a huge shock. Without any expectations for Atomicrops, though, the art style is free to express its own personality. It works wonderfully, too.

Apart from that, this build of Atomicrops was far too early to really extrapolate much about the game. The banner on display showed two main characters, so I inquired about a potential co-op mode. While designer Danny Wynne would love to add that feature, getting the game running is his main priority at the moment. Right now, Raw Fury is mainly showing the game off to let people know it exists, more than anything. One of the pratfalls Wynne encountered at PAX was the demo breaking itself and not allowing players to shoot their weapon. That’s obviously a huge bug, but it’s impressive that he was able to circumvent the issue so quickly while still maintaining the other stations.

So I don’t have a whole lot to add about Atomicrops. It’s funny, charming, enjoyable, and other adjectives for good. It has a lot of potential that I hope will grow into a distinctive whole. The game is aiming to release sometime in 2019 and will be coming to PC when it does. Other platforms are not off the table, but I wouldn’t expect to see them soon.