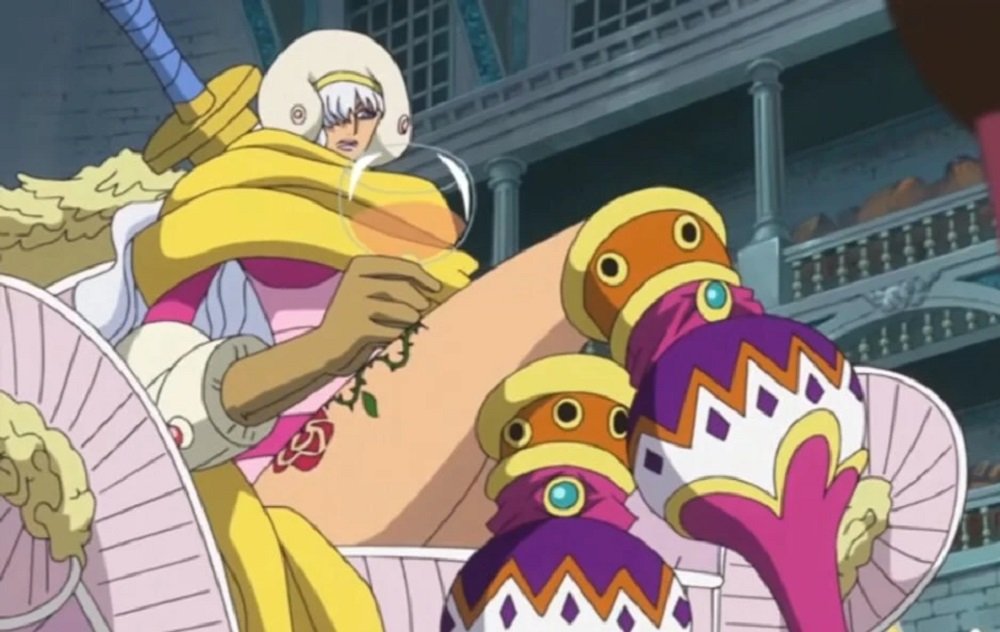 Bandai Namco’s One Piece: Pirate Warriors 4 is already packed to the mizzenmasts with fan-favourite characters, but it seems the musou-like brawler isn’t done yet. As reported in the newest issue of Japanese publication Weekly Jump, more scallywags will be joining the roster as paid DLC characters in the future, including the fantastically monikered Charlotte Smoothie, who will arrive in-game this summer.

Charlotte Smoothie is a flamboyantly-dressed warrior of the Longleg Tribe which, as the name suggests, are a race of disproportionately tall human hybrids. Smoothie runs with the Big Mom Pirates, and is feared for her cruel and arrogant nature. As her name would suggest, Charlotte is also Totto Land’s “Minister of Juice” which, frankly, sounds like a great job.

There are currently no trailers, screens, or details pertaining to Charlotte Smoothie’s in-game appearance or abilities, but no doubt her statuesque legs, sword-skills, and penchant for squeezing folk to death will serve her well out on the battlefield.