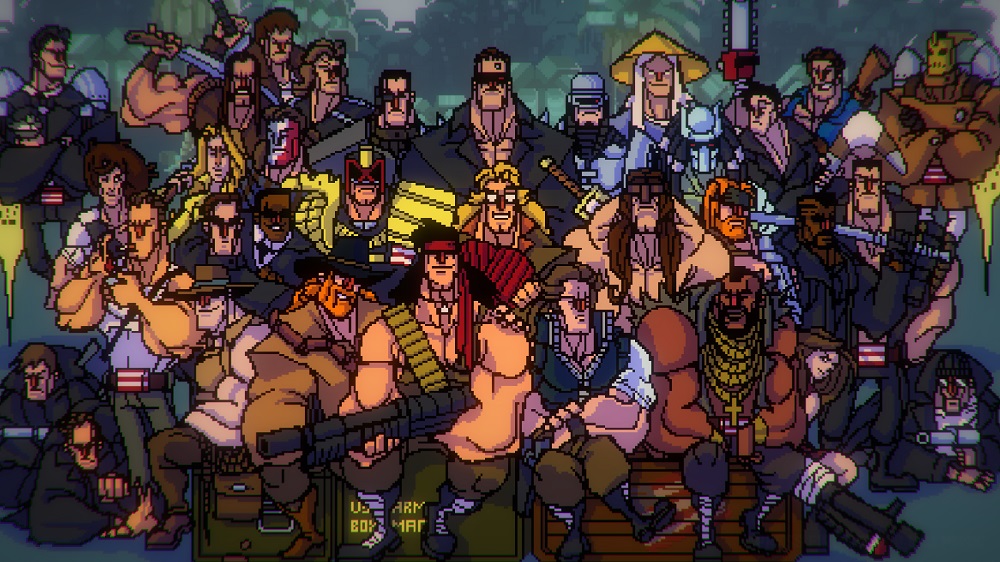 Replying to a fan on their official twitter, naughty developer Devolver Digital have succinctly noted that 2015’s pixelated platform-shooter Broforce is headed to Nintendo Switch.

Already available for PS4 and PC, Broforce is a side-scrolling run ‘n’ gun title featuring a cast of hundreds of thinly-veiled action superstars, such as Rambo, Die Hard’s John McClane, Alien’s Ellen Ripley and many, many others. This team of heroes, collectively known as Broforce, battle through waves of enemies, attacking from all directions, while saving captive prisoners. The stage ends once the team hoists the Stars and Stripes and gets to the chopper.

Suuuure, its tiring to drop the “this is perfect for Switch” comment, but Broforce does contain the short-term, fast, arcade gameplay that is well-suited to the Nintendo console’s portability. It’s more than likely that Broforce will see a measure of success when it finally drops onto Switch, guns blazing.