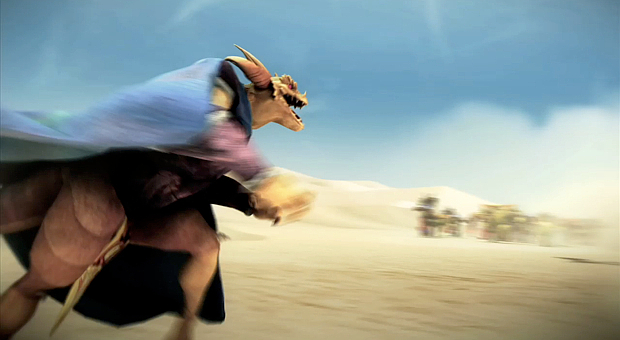 Trading card game Chaotic is going digital in a big way. Unlike Magic: The Gathering, Chaotic: Shadow Warriors will feature rendered monsters, attack animations, and possibly 3D exploration. Below the fold you can watch the first footage of the digital translation in action. It features a few retarded monsters slinging spells at each other, as well as a teenager running around some sort of bland fantasy environment.

Shadow Warriors is being published by Activision and is slated to hit fairly soon. The game will debut this fall for the Wii, Xbox 360, Nintendo DS, and PlayStation 3.

If you’re pumped for it — and we know you are — you’ll get a chance to catch Shadow Warriors at San Diego Comic-Con. It will be on display at the Chaotic booth. We’ve also been told the crew at the convention will be giving away Xbox 360s.