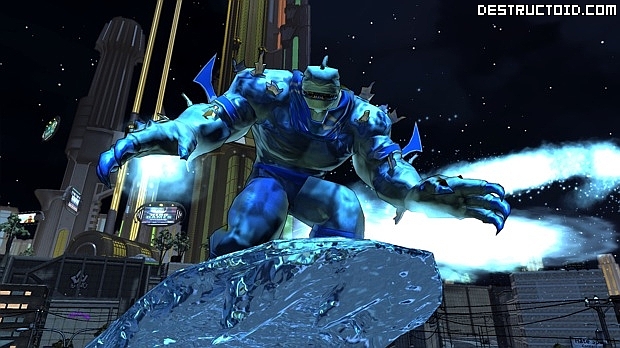 We’re guessing Champions Online beta participants have interesting Twitter feeds. Following the latest MMO trend, Cryptic Studios has added support for the social networking tool. According to 1UP, players can type “/tweet” in-game to update their status with, uh, something and can even view their @ feed by typing “/twitter_watch.” Great.

In some ways, we’re happy about this functionality. MMO players will no longer have to tweet about that burrito they ate. Instead, they can talk about saving that kitten or killing some sort of intergalactic fiend. But, seriously, doesn’t the in-game chat box or the old-school command “/shout” not get the message out there?

OK. We forgot: people need to know everything immediately nowadays.

In other news, I just drank a banana smoothie with over 20 grams of protein in it. (I dropped the measuring cup in the blender.) Time to smash things. At the gym.