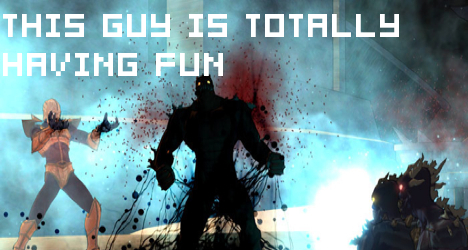 A few days ago, Cryptic Studios’ chief creative officer, Jack Emmert, wrote in the Champions Online blog about stopping all new development on Champions Online for two weeks. The idea was executed to make sure that a recently completed zone was actually fun to play in, before the team started working on something else. Emmert says it best with this quote from the article:

We finished a zone and were just about to head into working on something new. But we felt that the zone needed some attention. Sure, QA had identified some bugs in it, but the zone did ‘work.’ But the one thing we weren’t entirely sure about was whether the zone was fun.

The entire piece is written in reference to the experiences that Cryptic had with City of Heroes, both with development and maintenance. Apparently this new revisionist style of development Emmert talks about was not utilized with Cryptic’s original superhero MMO. Also in the article, Emmert briefly reaffirms that Cryptic is indeed working on three games. One of which will probably be the infamous Star Trek MMO.

Personally, as a gamer, I love when a developer reassures and coddles me. I want to know the games that I desire to play are being worked on carefully. Champions Online is going to be a fairly large ordeal as well, considering that it will be on both the PC and the Xbox 360. Cryptic will need to continue to take their time.

It makes me wonder and now ask, what games are the Destructoid community waiting for and wishing that a developer would take their sweet time with?