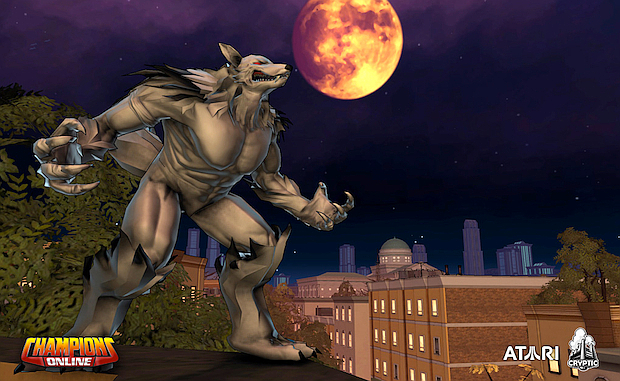 Plans are in place to move superhero MMO Champions Online into the free-to-play realm temporarily during October 30 through November 2nd.

During its first live event, which begins this afternoon and extends until November 5th, Cryptic Studios and Atari are inviting all to check out what the MMO has to offer without having to purchase a retail copy of the game over its weekend period according to Big Download.

The event is called Blood Moon — an apt name considering that the event starts with an omen of sorts, a crimson-stained moon. Evil undead Egyptian dude Takofanes the Undying Lord rises from his grave during this period, bringing with him vicious Canadian zombies as well as not-so-nice werewolves to aid him in reclaiming the realms of Champions Online.

Participants of the event will gain access to new content, including the Celestial Powerset and a battle against Takofanes. Players tainted by the zombies and werewolves will become one of the undead hordes, although what exactly that means we’re unsure of at this time.

Champions Online is currently available on the PC for 40 bones at several online retailers. To our knowledge, it’s still slated for an Xbox 360 release.