Invisible robots are the greatest threat to national security

Competitive shooters seem to be going one of two ways these days. You have your class-based shooter like Overwatch or the oh-so-popular battle royale games like PUBG and Fortnite. Chainsawesome Games is going for something different with its new title Aftercharge.

Aftercharge is a three-on-three first-person shooter with a pretty unique premise: one team plays as invincible guards protecting a series of energy pylons, while the other is a trio of invisible robots hell-bent on destroying said pylons.

The team of human guards is invincible, but they can’t see the robot team unless they’re attacking the pylons or firing directly on them. They can try and gain an advantage by setting mines or barriers and even attaching tracker shots to the enemy.

The robot team has the advantage of stealth, but attacking the pylons will blow their cover.

Each team has its strengths and once you have a feel for each of the three classes on both teams, it can make for some pretty interesting matches. However, when one team doesn’t quite have a handle on their characters, a match can end in the blink of an eye. My first match as the robot team resulted in us destroying the pylons in about two minutes. 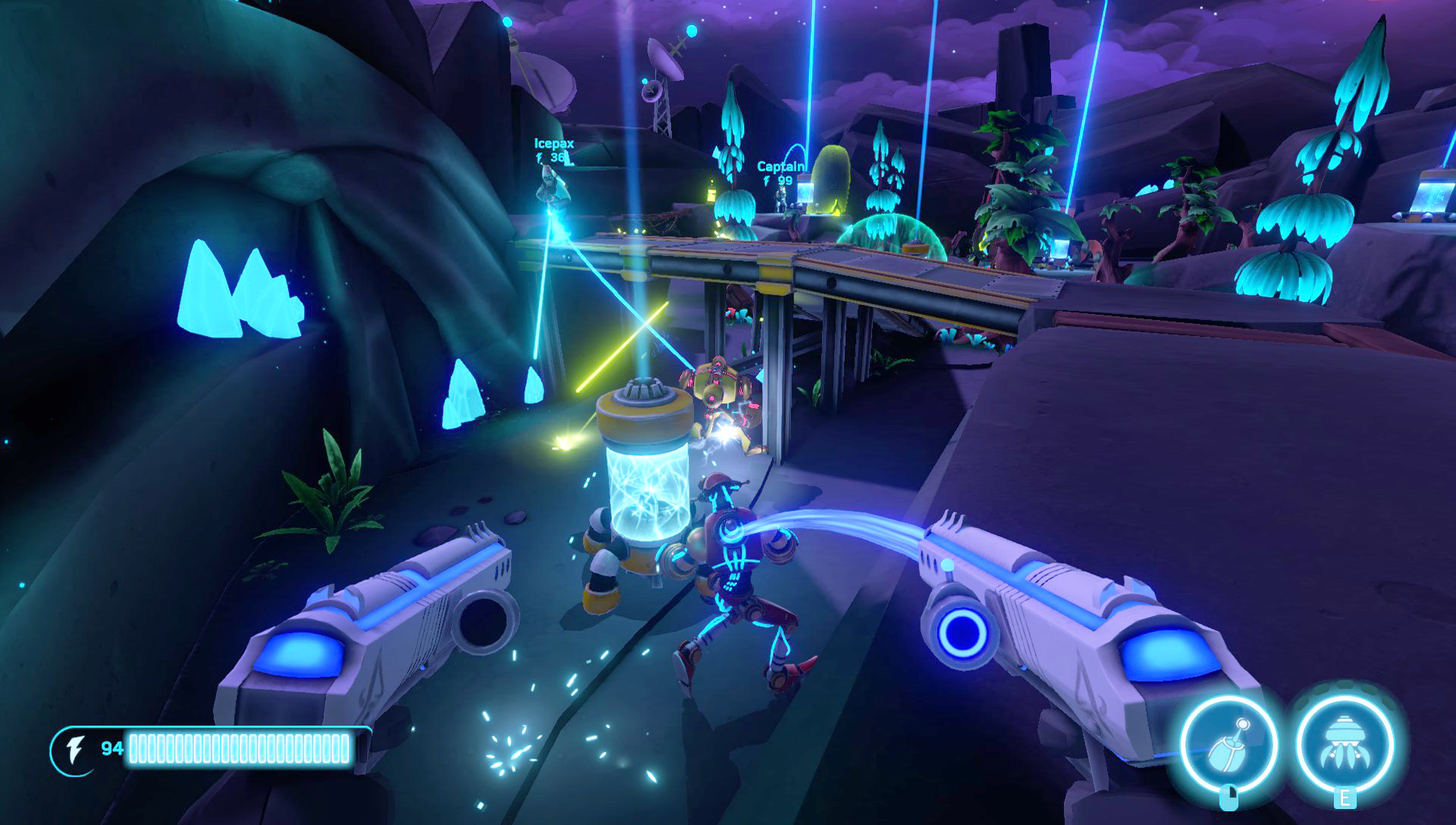 The only way for the guarding team to secure victory is to down all three enemy players simultaneously. The robots can revive one another while they’re still invisible so it’s best to try and surround the downed players with traps and keep a close eye on them.

I only had the opportunity to play two matches, but I really enjoyed what I saw. The team at Chainsawesome is going to be running alpha tests soon so you might want to keep tabs on the Steam page. Aftercharge is coming to Steam, Xbox One, and Nintendo Switch sometime this year.