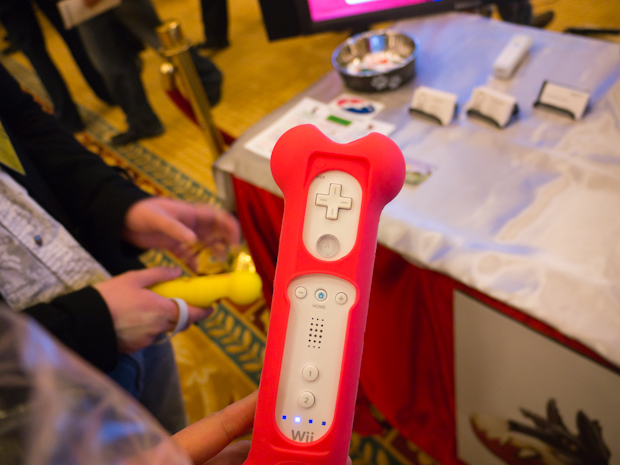 I had a chance to give Jerry Rice & Nitus’ Dog Football a try tonight at a pre-CES event. You’ll see in the video after the jump how well that worked out. This family oriented action sports game is the first in what they’re calling the Pet Sports League. Jerry Rice has been appointed the Comissioner of the PSA.

Dog Football is easy to play. You guide your team dogs by holding out a bone in front of them. There’s some real football action here as you actually call plays (using the Wii d-pad). Four players can go nuts with 20-something dogs in this cute title from Judo Baby. They just have to remember to “push ‘A’ to tackle him.” I must have missed that part.

There’s some more dog bone controller shots and screens in our gallery below.

Thanks to Spencer from Siliconera for making me look like I don’t know how to play Dog Football.