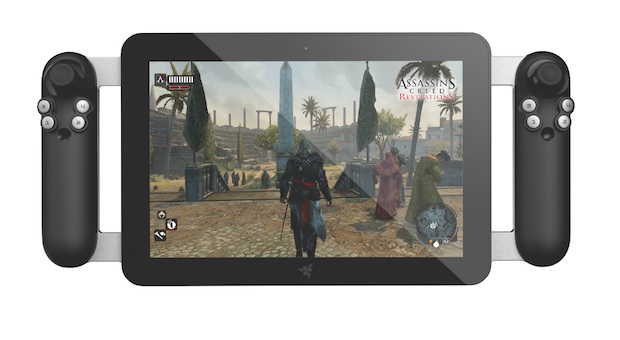 Here at CES Razer is teasing their Project Fiona gaming tablet, and it is a very sexy thing. They say to forget that general use, underpowered tablet you already have, as this baby is made for PC gaming, powered by Intel’s Core i7 processor. This system will run PC games natively, skipping the need for porting and optimization.

Sure, this tablet will be a touchscreen device, but how will PC games work? Analog sticks, kids. Razer has designed their own user interface for Fiona, featuring dual analog sticks and accelerometers. Razer says that games are expected to take advantage of the gamepad controls, touchscreen and accelerometer. Out of the box, any game that supports gamepads will work on the tablet. Force feedback support and Dolby 7.1 surround sound is also planned.

So far the details are a bit thin. We know that the Fiona tablet will ship Q4 2012 and will be priced at under $1,000. Expect to hear more soon. We’re meeting with Razer later this week, so we’ll dig for details.

Look at it. Look at it! What do you think about those side … nunchucks?