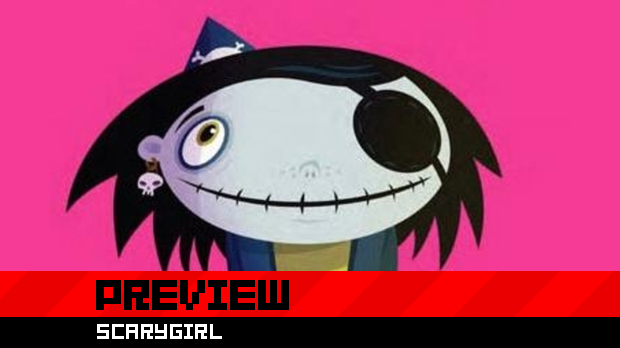 As the kind of person who seemingly keeps trying to find the pulse of pop culture rectally, I sometimes miss really cool things. Take Nathan Jurevicius’ Scarygirl comic, which has built up a huge fan base over the last ten years. It’s gone from humble web roots to include a graphic novel, a critically-acclaimed browser game with plans for an upcoming feature film. And nobody told me. Thanks, bastards.

Next week, Scarygirl takes another big step as she comes to PlayStation Network and Xbox Live Arcade. Based on the graphic novel and developed by Tik Games, it’s a platform game in which Scarygirl seeks to learn why she has nightmares of an old man’s face. 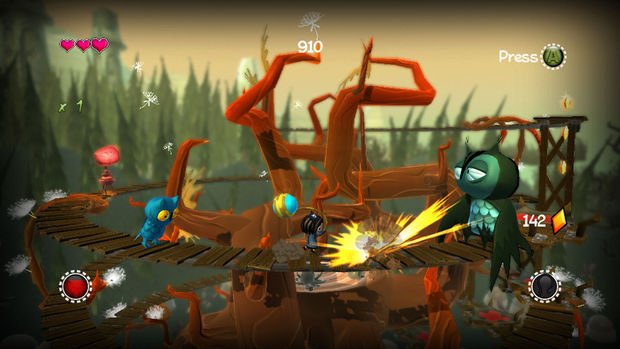 In the demo we played at CES, Scarygirl climbs up a tree with a wooden, spiral walkway surrounding it. As this is a platformer, she can jump. But in this instance, jumping is a good way to get in the path of bad guys. Annoying blue owls swarm around the tree and swoop down to attack. Scarygirl is far from defenseless, as she has a tentacle for a right arm which she’s able to wield as a whip to pummel enemies with.

They don’t screw around much, though, putting a bit of a defensive spin on the combat. Scarygirl does have the ability to block attacks with a bubble that forms around her and I quickly learned that effectively blocking dazes foes more easily than hitting them. Once dazed, enemies can be picked up and flung with the tentacle arm for a highly damaging ranged attack.

I dug what little time I had with Scarygirl. Jurevicius’ art is a delightful contradiction of cute and creepy and comes to life in the environment and character designs. I’m keen to play more, and with the game releasing on the 18th of January for Xbox Live Arcade and PlayStation Network following a week later on the 24th, the wait will at least be blessedly brief. That ought to give me enough time to catch up on the ten years of Scarygirl I’ve already missed.