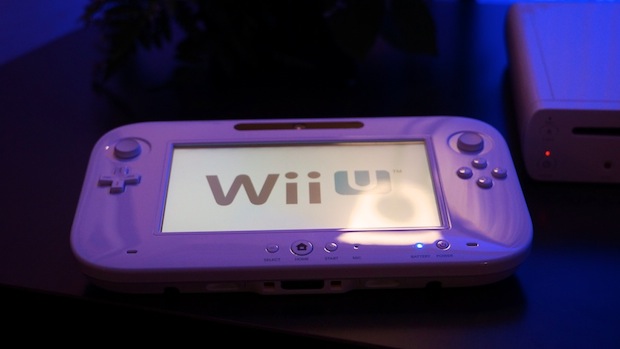 One Wii U tech demo that Nintendo called Panorama View played with the idea that the Wii U’s screen could serve as a new window into the game’s world. The second screen and motion sensors would work together to place a game’s world all around you, and not just on a flat screen in front of you.

One really neat demonstration I had a chance to try out used real footage filmed in Kyoto, Japan from a moving vehicle in a first-person view. While this footage was displayed on the television screen, I was able to hold the Wii U controller up and see that the footage shown on the controller’s screen mirrored it. Moving the controller away from the television, off to one side or the other, I was able to see the footage pan to either side as if I was turning the camera. I found that I could move around, pointing the Wii U controller in any direction to see what I would be seeing with my own eyes as I turned my head, as the controller’s motion sensors tracked its position all around me, in any direction. The movement of the camera was absolutely seamless, even letting me turn completely around to watch the rear.

Seeing this demo had me thinking of several uses for two independent screens working together to display a game’s world. Of course, this would be fantastic for racing games, as the Wii U controller’s screen could serve as a rearview mirror. I suggested that more driving footage be collected to create virtual travel experiences. Or imagine manning a turret, with the controller’s screen serving as your view and crosshairs. The controller could also serve as a camera, with the screen being a viewfinder. Nintendo could bring back Pokemon Snap!

What else could Nintendo and other devs do with a motion tracked 360 degree view on the Wii U controller’s screen?