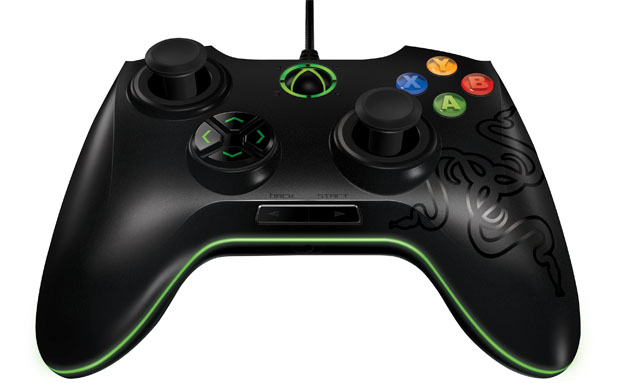 High-end PC accessories company Razer is getting into the console game, and they’re kicking things off with a new Xbox 360 controller that they call the Onza. This is a really slick upgrade to your standard first-party controller, complete with customizable buttons and sticks, improved buttons and more.

What’s better? The hand feel is better from the pre-production model I used to play Xbox 360 games. There’s three triggers on each side on the back of the controller. The bumper and trigger are as expected, but between them is a customizable button that can do anything you’d like. I used it to reassign the silly analog stick press functions in shooters. Speaking of buttons, the face buttons are fast and clicky, and have less of a travel time than the standard controller does.

The best feature is probably the adjustable analog sticks. Each stick has a dial that can adjust the tension to your liking. If you like it fast and loose (and who doesn’t), set it that way. I like it firm and stiff (ooh), and there’s that option as well.

We were told that the d-pad was not final. That’s good, as it was too similar to the standard Xbox 360 controller’s pad. Razer tells us that they’re looking at doing something similar to Sony’s DualShock for their d-pad in the future.

Again, this was a pre-production model, but when it is finally released some time this year, they’re expecting the price to be around $49. These controllers were already impressive in their pre-production state, so we’ll be looking forward to the final version.