The golden strawberry runs are going to be nuts

Celeste originally released in January of 2018 to almost resounding critical praise, and today, its final batch of DLC is dropping in the form of Chapter 9. I’ve always considered myself pretty decent at twitch platformers, but these new levels gave me a taste of something I hadn’t experienced in a minute: humility.

The fact that you need to beat Chapter 8 (aka The Core) in order to even access these new levels should give most folks an indication of just how intense things get. On top of featuring some of the toughest levels in the game, Chapter 9 also introduces a few new mechanics to wrap your head around. 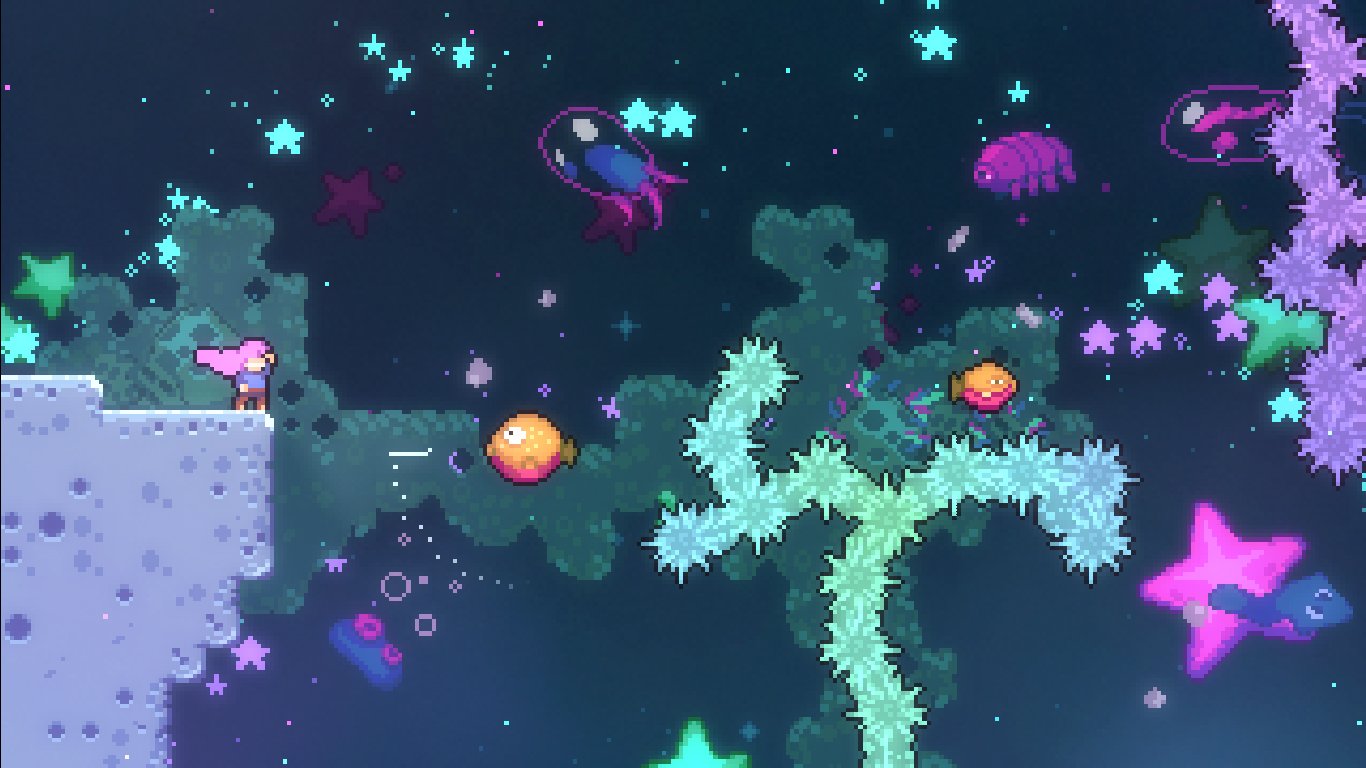 For example, there’s a cute little fish that you can hop on to make your way across gaps. However, doing so pushes them downward, so you only get one landing. If you hit them from the side, they’ll explode and shoot you across the screen. You’ll need to intentionally make use of both of these features in creative ways to clear the many layers of obstacles that lie ahead.

There’s also a jellyfish that you’ll grab onto and glide across surfaces, like Mary Poppins with an umbrella, as well as the official introduction of wavedashing as a mechanic. Wavedashing is something anyone who follows the speedrunning community is familiar with, but this is the first time it’s actually been necessary to complete a level in Celeste. It requires jumping, dashing diagonally towards the ground, and then immediately jumping while holding forward. It shoots you across gaps further than you’d normally travel and regains your dash ability all in one fell swoop. It’s also incredibly tricky to get the hang of. 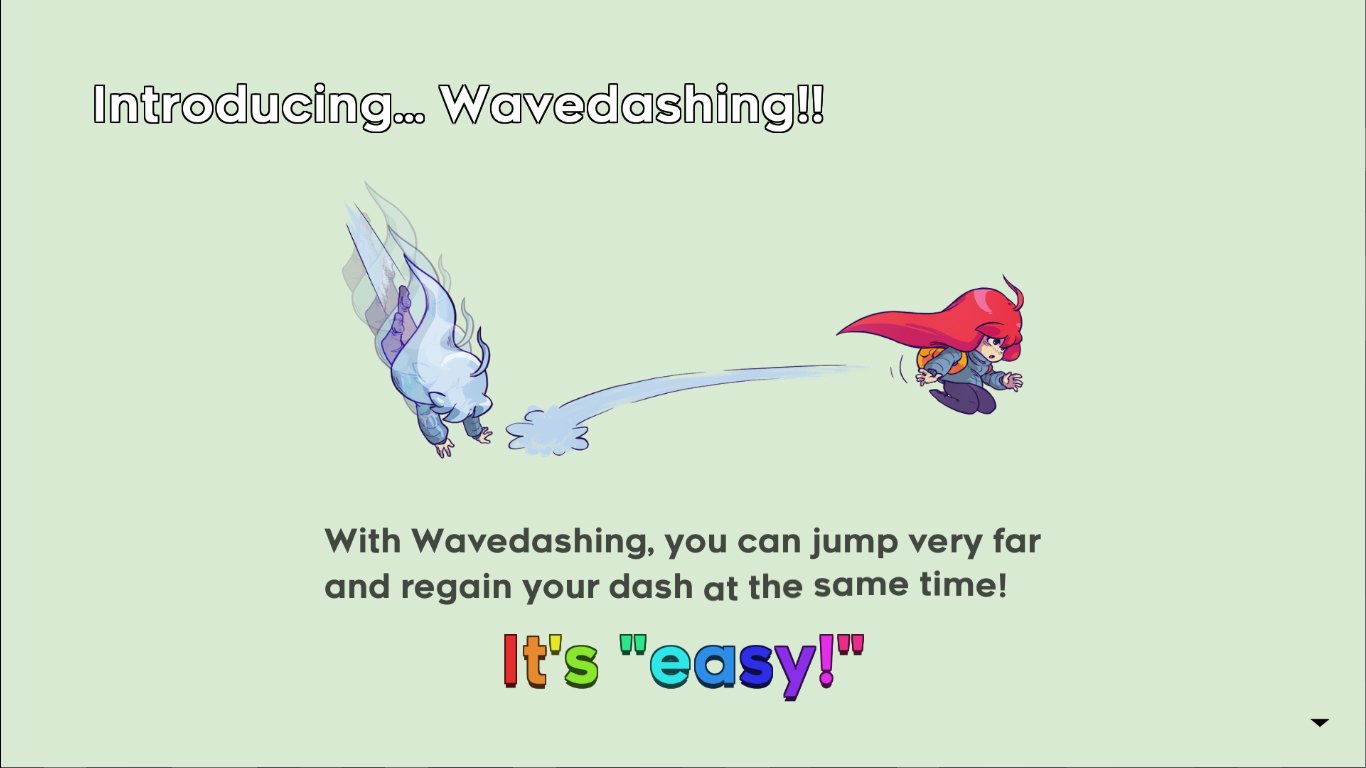 The story here takes place after the events from the base game, but it’s rather light in terms of extending the existing narrative. Still, it serves as a solid impetus to throw poor Madeline back into the fray, and the ending scenes were really sweet and heartwarming. I’d love to spend more time with these characters in another game, but it all feels very much over by the time you find yourself back at the menu screen.

For anyone who absolutely hates themselves, there is an option to do a golden strawberry run. Once you pick this thing up, you’ll have to finish all 100 levels without dying once. If you die, you’re sent all the way back to the beginning. Personally, there is no chance in hell I will ever do it, but I’m excited to see the inevitable videos that’ll pop up from various streamers. 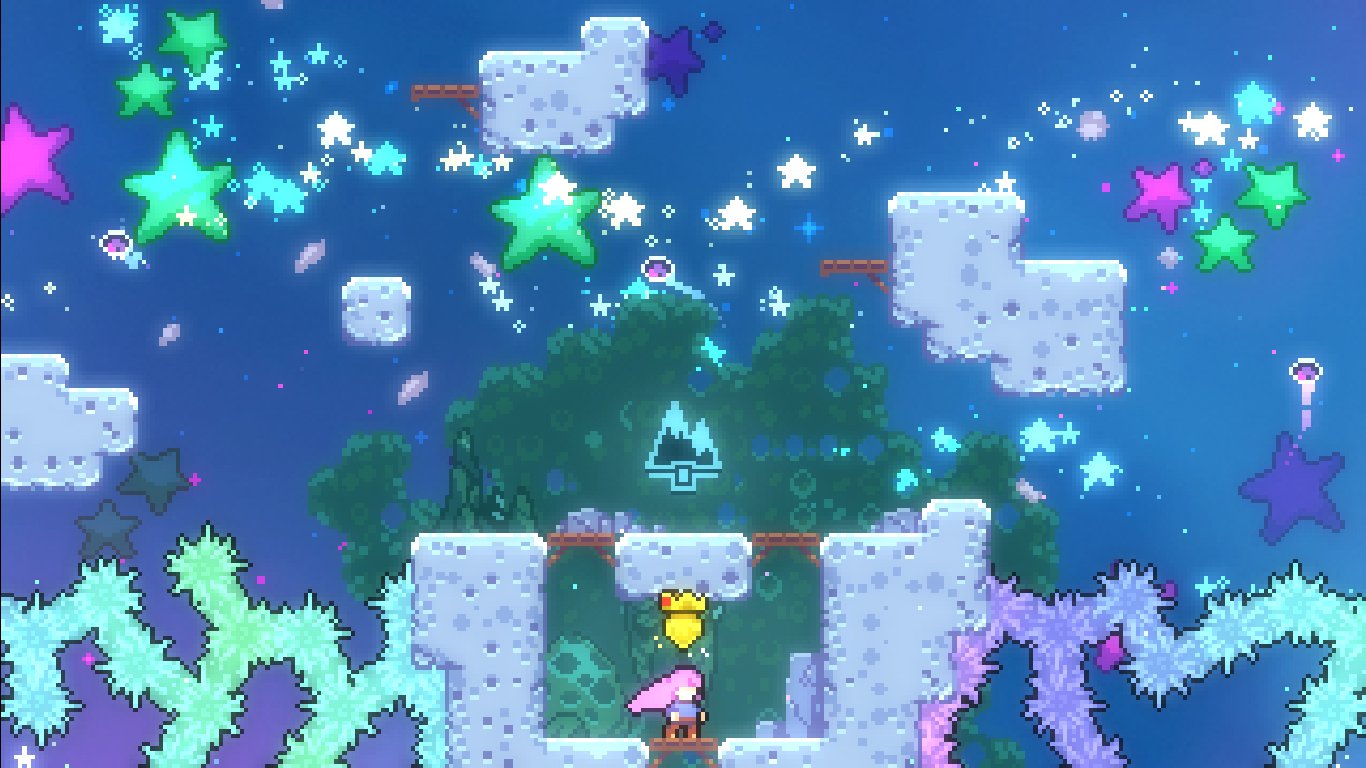 I mentioned up top that Chapter 9 managed to give me a lesson in humility. What did I mean by that? Well, besides realizing that I was never going to get that golden strawberry, this was the first time I’ve made legitimate use of the assist options, and I have to say that I don’t regret a thing. I beat everything up to The Core the old-fashioned way around release, but something about Chapter 9 finally broke me. My progress hit a major roadblock, and I wasn’t having as much fun.

With your average game, this is where I might shelve it to gather dust until I’m in the right mood. Luckily, Celeste isn’t about proving yourself. It’s about tackling your own mountain and doing the best you can. I love that, and I wouldn’t have it any other way. This isn’t a competition, and it’s not like you can’t go back later to experience things at the default difficulty.

For a free addition to a game that was already stuffed with hours of content, I’m quite happy with it. I wouldn’t consider it essential for anyone hopping into Celeste for the first time, but it’s a wonderful sendoff for fans to satiate their appetite with something more demanding. And, if you don’t think you quite have what it takes to tackle the challenge, don’t be afraid to use Assist Mode to make things more manageable. It’s definitely worth it just to see Madeline smile one last time.

[These impressions are based on a pre-release build of the DLC provided by the publisher.]