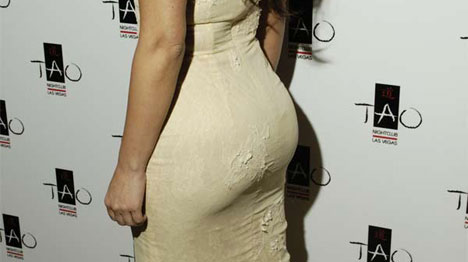 Maybe you don’t care, but you should — Spike’s annual Video Game Awards airs this Sunday, December 14 at 9:00 PM ET. It’s live, and all sorts of stuff is going down, including the world premiere of gameplay from God of War III, Brutal Legend, and more.

If that’s not enough, maybe seeing hot Hollywood celebrities say things like “first-person shooter” and “Guitar Hero” will do it for you. Spike has announced a list of celebrity presenters and attendees which includes: Mike Tyson, Kristen Kreuk, Peter Moore, Kiefer Sutherland, Neil Patrick Harris, Kim Kardashian (along with her ass), and more. (The full list of revealed attendees can be found after the jump.)

Spike has also announced that LL Cool J will be performing, in addition to the previously announced performance by 50 Cent (which will have some sort of Blood on the Sand routine).

I know a lot of you guys are skeptical of the show — past VGAs have been literred with some awfully cringe-worthy moments. But after speaking with Spike’s Geoff Keighley about the awards yesterday (our full interview will run this Thursday), I’m confident there will be enough for gamer’s to check out to make it at least worth watching. Keighley tells me that there should be something you’ll want to see every five to seven minutes throughout the show.

Oh, and did I mention God of War III world premiere gameplay footage? Yeah, I did — but I wanted to mention it again.