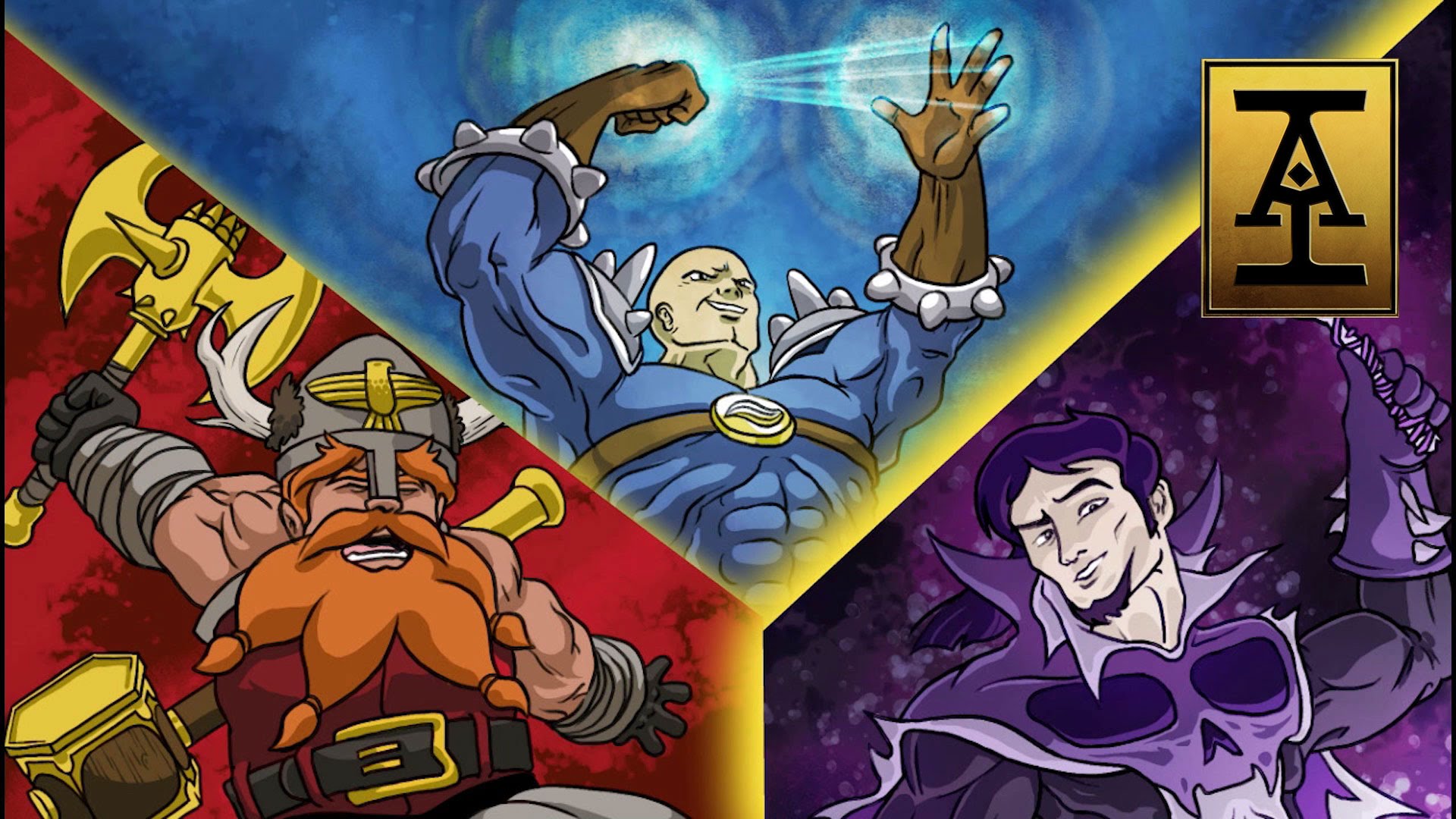 Roll for initiative on September 4

I’ve written before about how much I’ve enjoyed the Penny Arcade Expo (PAX) over the last several years. For me, one of the highlights of every show is the live Dungeons & Dragons game featuring Penny Arcade’s creators, Mike Krahulik and Jerry Holkins, PVP creator Scott Kurtz, and a rotating cast of geek royalty. The games follow the exploits of the Acquisitions Incorporated adventuring group as they fight monsters and seek profit.

Fathom Events recently announced that this year’s game would be live-streamed to theaters across the country, and tickets are available now. Writing on the Penny Arcade website, Jerry Holkins advised that anyone attending the stream will receive “a really solid Acquisitions Incorporated adventure to take home and play with your own group that’s tied into the campaign.”

If you’ve never watched one of these shows, you might be surprised at how compelling it can be. D&D at its core is all about collaborative storytelling, and all of the people involved with this are professional storytellers. The secret sauce here is Dungeon Master Chris Perkins, who keeps the story moving along but gives the other participants enough slack to be funny and true to their characters.

The first game started all the way back in 2008 and was recorded in podcast form as a promotional tool for Wizards of the Coast, which owns the Dungeons & Dragons brand. In 2010, a live version of the podcasts made its debut at PAX West, and it quickly became one of the most popular events at the convention.

Once the live shows proved popular, Wizards of the Coast began providing more and more elaborate props and scenery for them, including character-appropriate costumes for the participants. Previous guests have included Kris Straub, Wil Wheaton, and Morgan Webb filling the fourth chair at the table. For the last couple of years, Patrick Rothfuss has rounded out the crew.

[I was in the audience for this show. My friend nearly got pegged in the head by Wil Wheaton’s D20 at 38:47 of part two. We looked for it in the darkened theater after the show, but for all we know, it’s still in there.]

D&D is one of the clearest influences on video game development, and the merging of role-playing game mechanics with other genres was one of the defining trends of the last generation of console games. If you’re interested in getting caught up with the story before the show begins, there’s a weekly YouTube series that will continue to run all the way up to the big show on September 4.