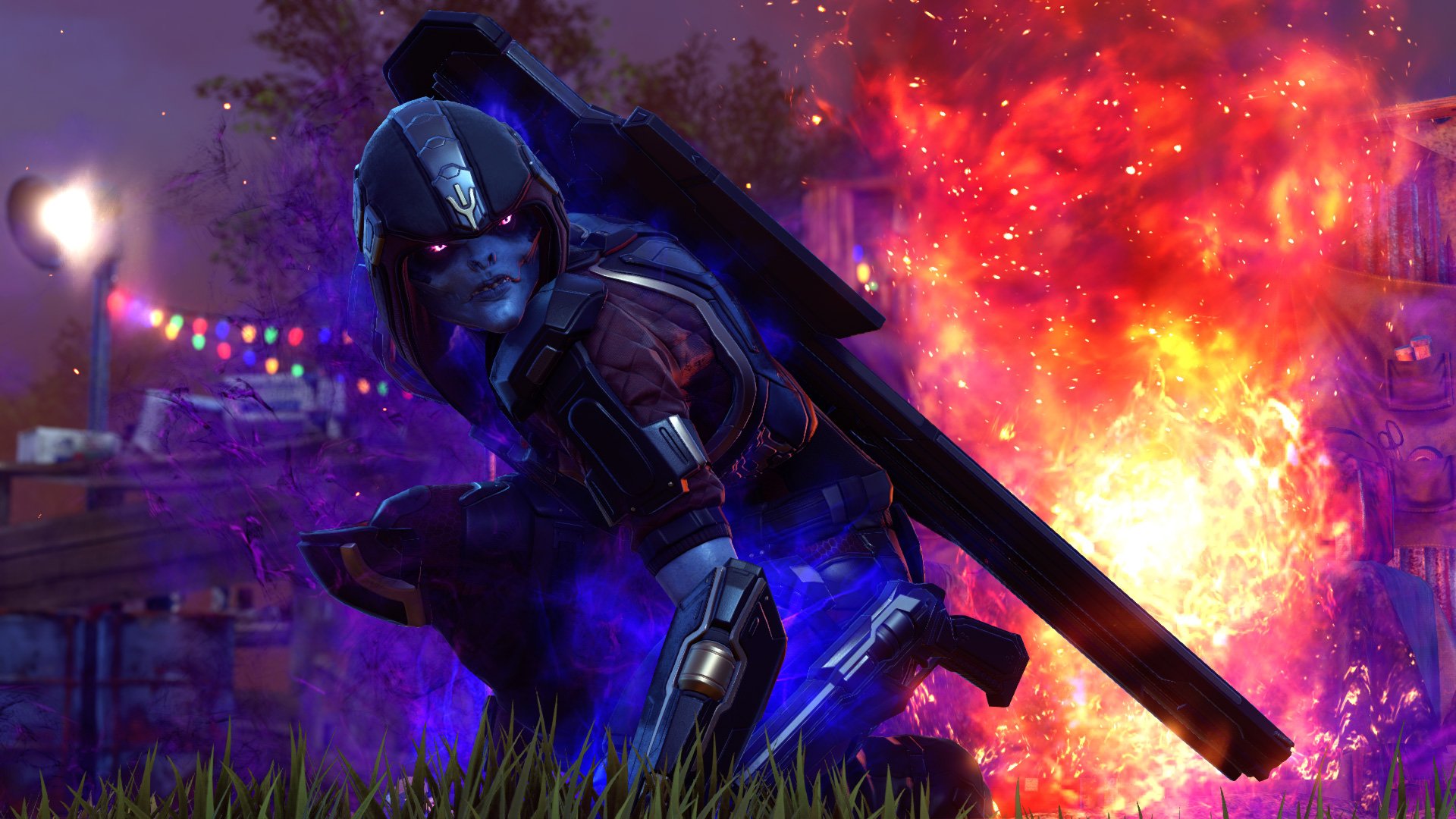 Profiles in failure and misery

Humanity is doomed. The hammer hasn’t fallen quite yet, but from where we’re standing, you can see its rapidly expanding shadow as it comes crashing down. Humanity is finished. The best and brightest of our generation are either dead or driven mad from trauma, and while I don’t know exactly how, I am certain that it is all my fault.

Defeat in XCOM 2: War of the Chosen is a strange and bizarrely beautiful thing. Not only because it is possible, even probable, to lose the game (so long as you’re playing honest), but because it takes its damn time. The game always lets you know exactly how close you are to extinction, how much work you have left to do, and graciously allows you to do the math and know there is no hope left.

Defeat is a rare thing in games in general. It’s almost unheard of for one to luxuriate in it. 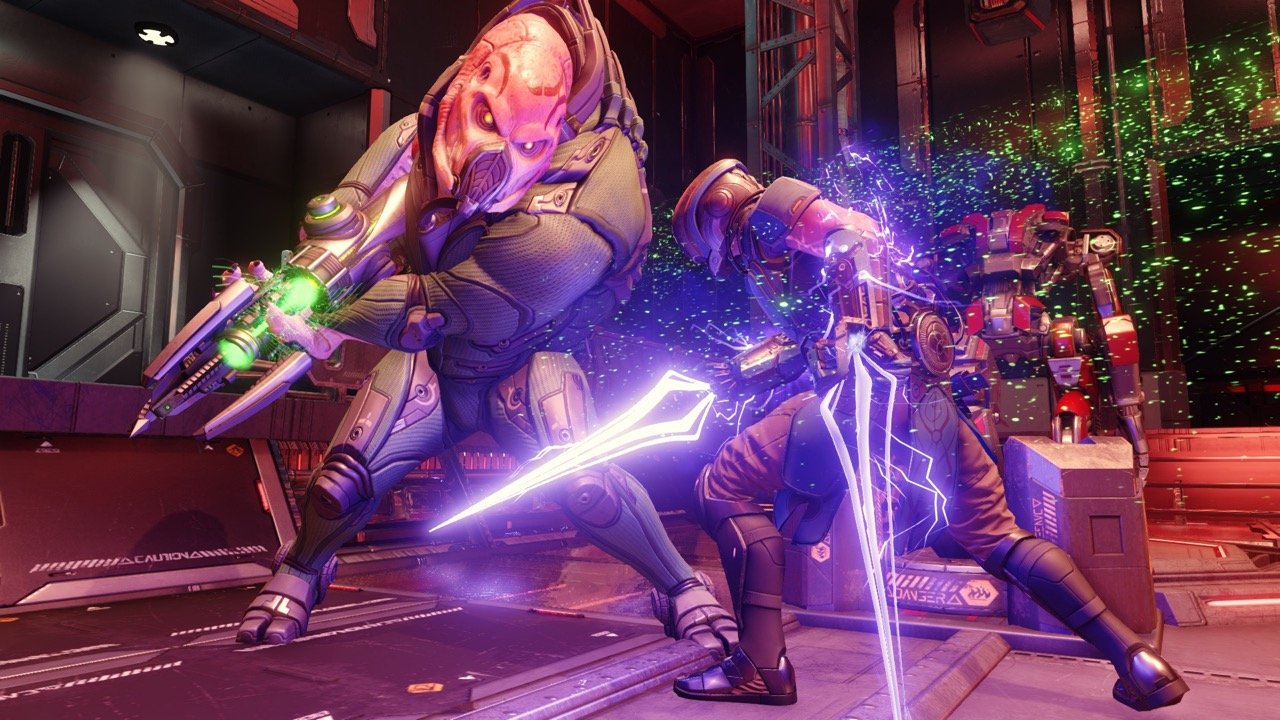 The vast majority of games are very good at conditioning players to expect victory. It wasn’t always this way and there are plenty of examples of merciless games you can point to, but I’m talking about modern, mainstream games. We’re a long ways from the arcade days and early NES titles when Game Over screens were common and gamers could stroke their egos based on how many titles they’d “cleared.” We expect to beat games now, not for them to beat us.

Even “masochistic” games like Dark Souls are designed to be beaten. No matter how much fuss is made over how brutal and unforgiving a game is, death is never the end. No matter how many times you bite the dust, or how spectacularly you’re pulverized by a gigantic dragon, you always have another shot. Victory might be hard won, but it is never out of reach.

Defeat on the other hand is something else entirely. Few mainstream games really present it as a possibility and even fewer bother to make it exciting. XCOM 2 was already a game that wasn’t shy when it came to screwing over its players – the map screen has a literal doomsday clock on the top of it that is constantly counting down. But it’s expansion, War of the Chosen, dives headfirst into that nihilism and splashes around in it. It takes an already difficult game and adds entirely new mechanics that almost universally revolve around making the player’s life harder and defeat more likely. As a product intended for purchase it’s an interesting artifact – you’re essentially paying for the privilege of being tortured in new and interesting ways. 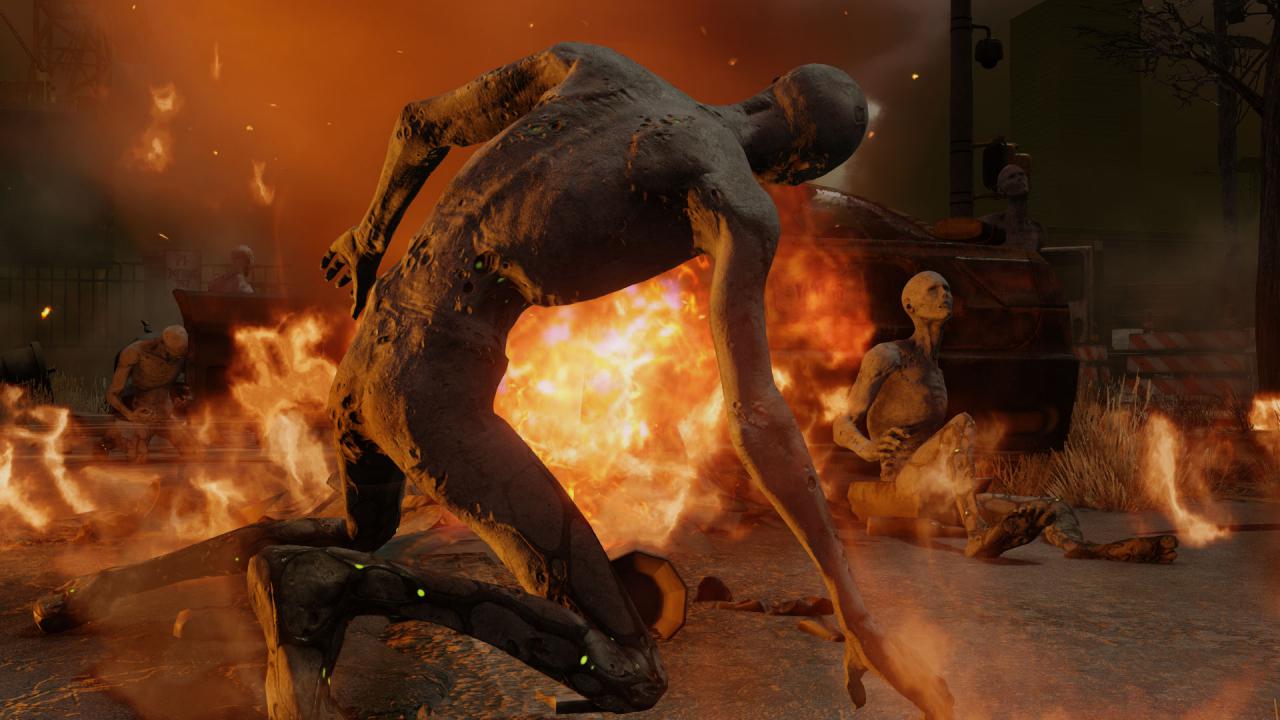 WotC is fickle, it takes as much (or more) as it gives. Sure, it introduces a slew of new troop types with powerful new abilities, squad bond abilities for frequent mission-mates, randomized “breakthrough” research projects that buff your troops, and monthly perks in the form of “resistance orders.” These are lovely little bonuses, but for every new toy, there are devious new challenges to match it – and it feels like there is an alien thumb tipping the scales.

With new troop types come new enemies; Specters who are impervious to overwatch shots and freely knock out and clone your troops with “shadow” copies, immediately leave you outgunned and undermanned. There are ADVENT purifiers, stormtrooper thugs who set the map ablaze with huge flamethrower attacks that engulf your troops and damage them over multiple turns. The introduction of the Zombie-like Lost who, while not particularly dangerous on their own, overwhelm your squad with sheer numbers. Worst of all, you have the Chosen themselves. 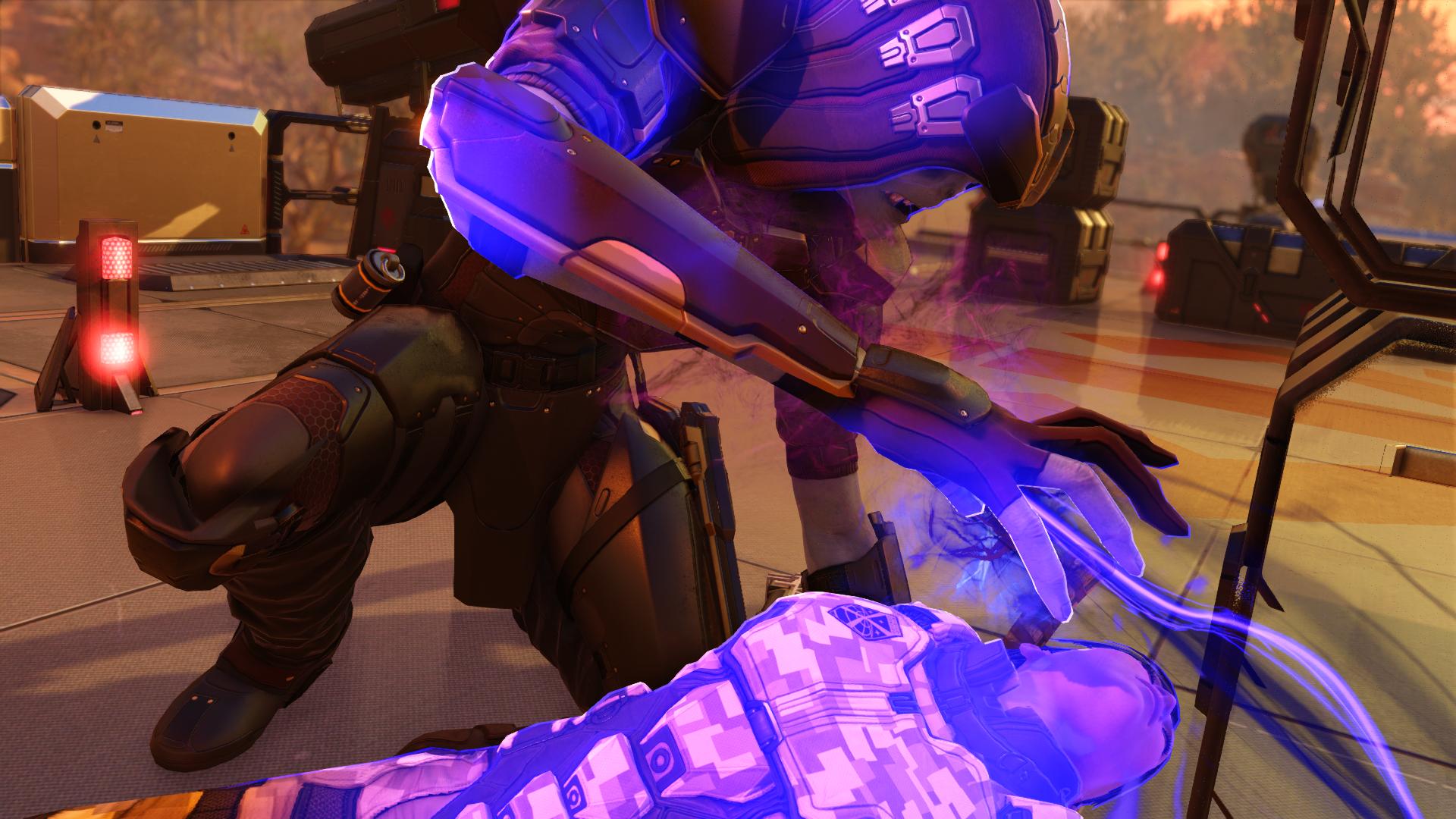 The Chosen are a trio of named enemies who constantly hunt and harass the XCOM team, crashing missions and ambushing your squad during the worst possible moments. They are designed to be a menace you repeatedly clash with, spoilers who upset your plans, kidnap your troops, and complicate your life in the most awful ways.

The Chosen actively gather intelligence on XCOM’s operations, and if they collect enough, they’ll launch a devastating surprise attack on your home turf, something you definitely don’t want to deal with. In WotC, you not only need to keep track of the ever threatening doomsday clock, you also need to keep an eye on how close each Chosen is on your heels. In between the normal battery of guerilla ops, black site invasions, and retaliation strikes, you need to manage resistance black ops to gather intel on them in turn. All the while, the Chosen will run raids on your troops, brutalize your allies, and strangle your ability to fight back.

It’s a lot on top of the rest of armageddon. 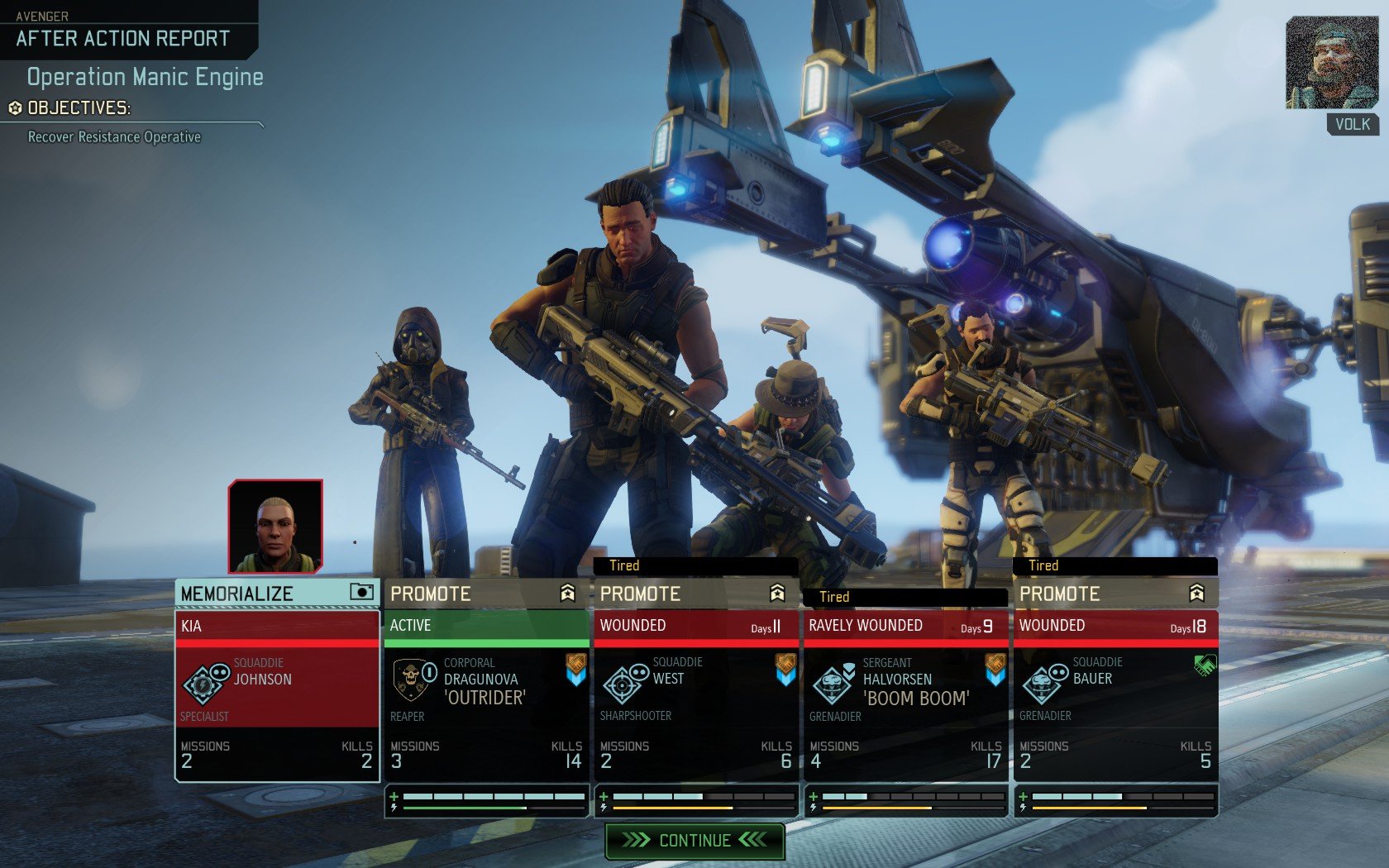 But as bad as they are, the Chosen and their wicked games are far from the only way WotC tightens the screws. The expansion also introduces the concept of psychological exhaustion and trauma to your weary, dragged out and kicked down group of guerrillas.

Troops who come stumbling back from bad missions with KIAs to report or harrowing wounds to recover from, carry their scars with them. Too many missions in a row will exhaust a soldier, leaving them vulnerable to psychic attacks or bouts of panic when staring down the barrel of an extraterrestrial’s gun. Particularly traumatic missions can result in psychological breaks that introduce a whole host of issues, reducing your best troops to jittery, nervous wrecks who will refuse orders or turn tail and run when you need them the most.

These afflictions can be treated, but that takes time you don’t have. These issues, combined with the usual post-mission round of triage for anyone who was wounded, and R&R breaks for exhausted units, means your roster of reliable troops can become precariously small, very quickly. Forget cultivating an A and B team, sooner or later you’ll be digging deep into the roster for the D, E, and F teams. There’ll be missions where your tossing lowly squaddies and raw recruits into the fray just to keep your numbers up. Eventually, even those warm bodies won’t be enough and you’ll find yourself sending wounded and broken soldiers to the front lines, miserable sods who only become more fractured and spent in the process.

This is the beauty of WotC – everything gets worse all the time. From the moment you start the game, you start losing. This is the long defeat, strap in and get comfortable. 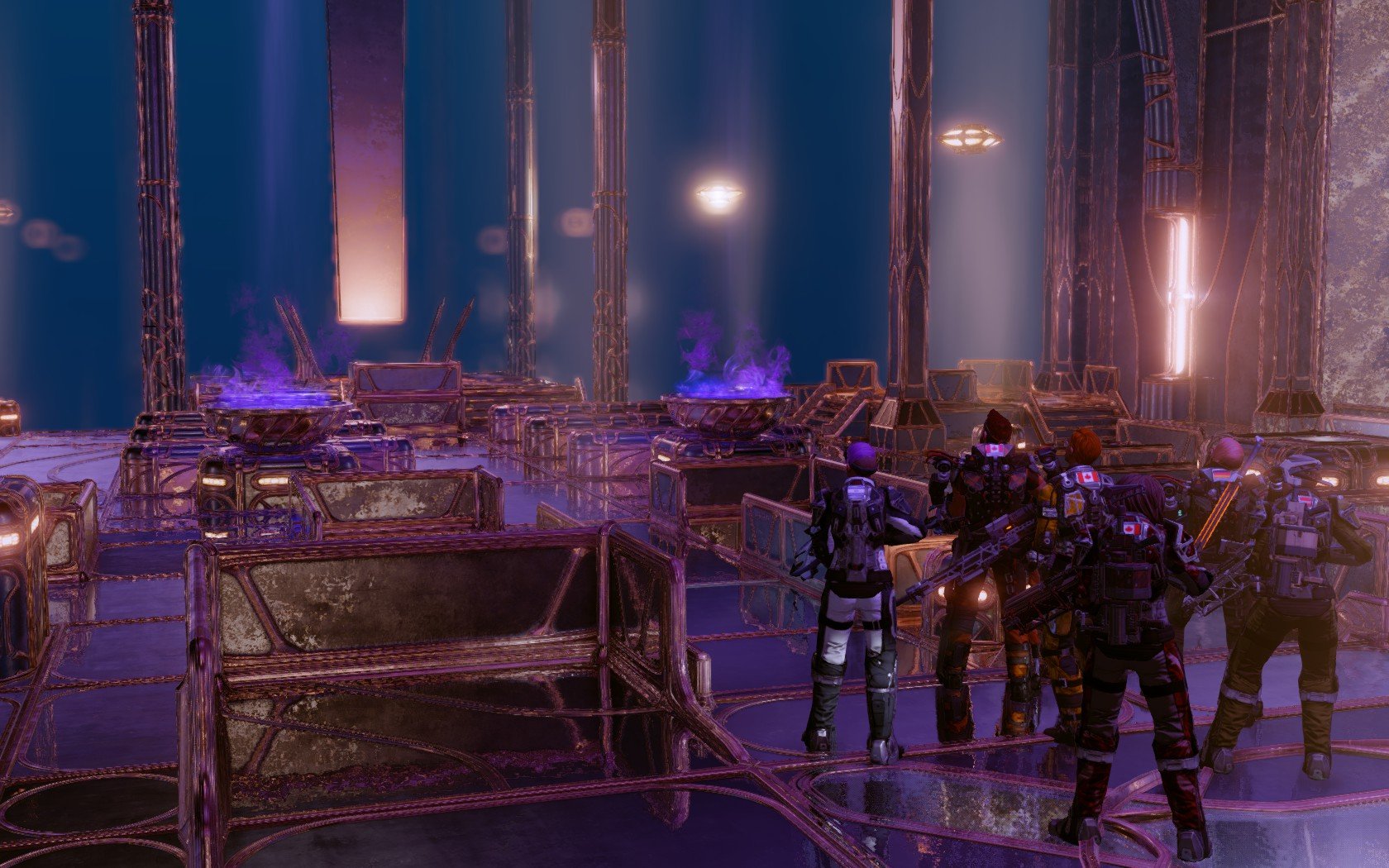 Defeat comes creeping at you from every direction and at all times. It comes in intense, fitful bursts of tragedy on the battlefield, like the loss of a favored operative, or a botched EVAC of a VIP. It comes in the long, slow slog of mismanagement and bankruptcy. When the Avenger lacks the power grid to support a mission critical decryption lab, but you can’t afford either the cost of installing another generator, or another 30 days worth of time digging out a new room. There are moments of micro failure and long unseen stretches of macro failure. In the postmortem, it can be difficult to determine exactly when the patient went critical.

Which brings me back to my current game and humanity’s impending doom. “When did it all go wrong?” I wonder.

The obvious answer would be a particularly nasty “Code Black” that gutted my roster of senior operatives. A bungled mission that resulted in a cataclysmic loss of advanced units, leaving me to tread water with a long line of semi-expendable second-bananas from then on. Certainly it was a low moment for XCOM and my command, but what led to that loss in the first place?

Was it recklessness? I built my squad around a concealment strategy that let units fan out far and wide to be in position to ambush the aliens. In the rearview mirror, it seems obvious that a misstep was bound to happen, that breaking concealment too early would spell doom for the team. But can all the blame be laid on my sloppy squad composition and the tactics I used in a single mission?

Maybe the real coup de grace occurred when my Grenadier was mind controlled into shooting her squadmates. Things were already breaking bad by that point, but that spot of friendly fire sure didn’t help. If so, what was the answer? Should I have equipped my troops with more mindshields at the expense of grenades and special ammo just on the off chance they were psychically attacked? Should I have paid more attention to the Will stat when choosing which of my soldiers to groom for advancement? Maybe if I prioritized the Psi Lab building earlier and got my own psychic troopers into the field, units who could have countered mind control attacks, all of this could have been avoided.

Or did I just fall too far behind the tech curve to keep up? Dr. Tygan kept offering up tempting “breakthrough” research projects that were too good to pass up, and it’s possible I got a little too greedy with the upgrades. At the time I felt like an extra +1 damage for every assault rifle, or the ability to swap those expensive weapon mods between soldiers, was worth delaying the typical rotation of alien autopsies and material break downs that drive XCOM’s arms race. Now, looking at the doomsday clock tick down to its last few seconds, I’m having second thoughts. 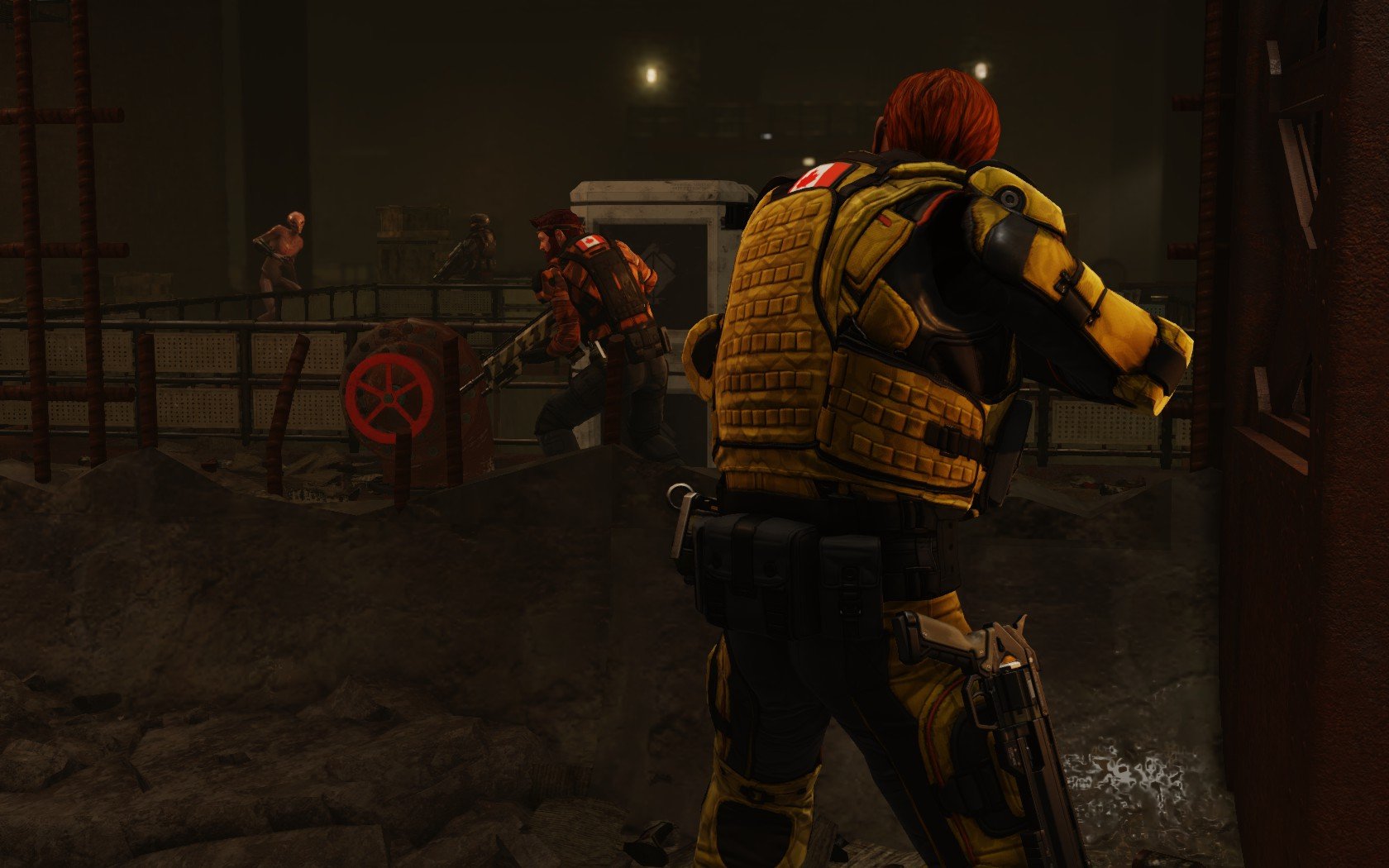 And on and on it goes. I could spend forever retracing my missteps, trying to track down the proverbial nail that led to the war being lost, but it’s an impossible task. In XCOM 2: WotC, defeat isn’t some mugger that sneaks up on you and bashes you over the head, it’s your shadow, your constant companion. A growing presences that is always just behind you, threatening to swallow you up. Sometimes you stay ahead of it, sometimes you don’t.

Victory is your buddy in a lot of games, and together you spend a lot of time basking in triumph and cheering over vanquished foes. There is something quietly beautiful about a game that expects you to rub shoulders with failure though, that dares to remind you that not everything works out all of the time and sometimes you don’t always get what you want. A game that invites you to celebrate defeat.