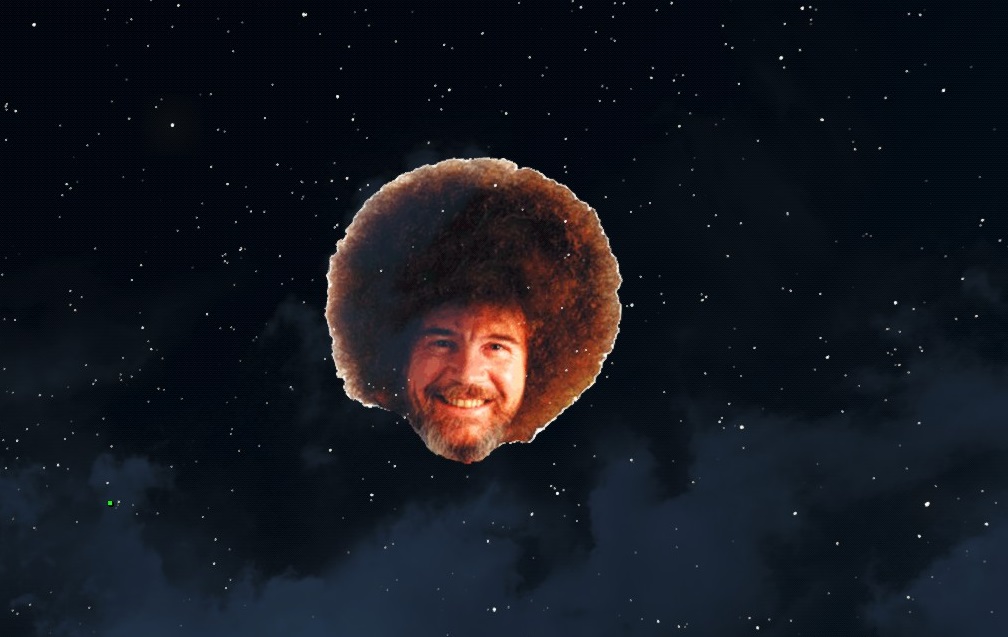 There’s something breathtaking about the sky at night. When the sun slinks away, the sky becomes a black canvas for constellations and alien planets. A clear night is a perfect night for stargazing, especially when the moon is your only companion.

Speaking of moons, this morning was the closest that the little rock has come to Earth in over fifty years. Smart people call this astronomical event a supermoon. I call it a good time to post about silly Skyrim: Special Edition mods.

Even less than a month after its release, Skyrim: Special Edition has fostered hundreds of mods for players to install. Hard-working modders have made it possible for players to tweak, improve, and alter just about every facet of the open-world game.

In celebration of the supermoon, I decided it was high time to see what kind of moon mods I could find. Within a few minutes of searching, I was able to turn tranquil Skyrim evenings into strange abominations.

The Harambe Moon mod is pretty much the low-hanging fruit of Skyrim moon replacements. Installing the mod puts the late gorilla’s face up among the stars, where he can watch over all of Skyrim’s citizens with a blank expression. Harambe deserved better than this.

“RIP my one true friend,” writes the mod’s author on its download page. So maybe this mod was an act of grieving. Either way, it’s kind of strange to see an animal’s head floating in the sky.

Another animal/moon mashup. This time, we’ve got a corgi guarding the night sky. I love corgis, so this mod is more than okay in my book.

Corgis have big personalities, but really small legs. It’s only fitting that this mod allows corgis to be seen as they see themselves. Goofy little dudes who illuminate the lives of everyone they meet.

The ‘Doge and Corgi Moon replacer‘ mod is a must for canine lovers.

This moon mod brings Ross’ legacy full circle. After creating so many wintery wonderlands, Ross himself gets to become part of one. That’s about as touching as it gets.