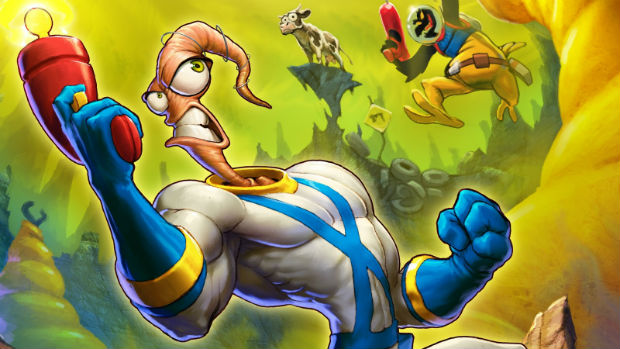 August 2nd marked the 20th anniversary of the Earthworm Jim franchise. I remember just yesterday being a small child and having terrible nightmares from the hellish surreal scenes that make up the levels of the various Earthworm Jim games. And then I grew up and reveled in them. I love surrealism.

What better way to relive some of the weirdest moments in gaming than with a viewing of the SGDQ 2014 speedrun of the original Earthworm Jim, or you could view the intro to the 1995 cartoon series. If text is more your thing, Hardcore Gaming 101 has a delightful in-depth look at the series.

Although my memories are still haunted by the nonsensical level design and utter feeling of loneliness that permeates every fiber of my being when I play the games, you can bet I will be picking up Earthworm Jim, Earthworm Jim 2, and Earthworm Jim 3D, which are available now on Steam and GOG.com.