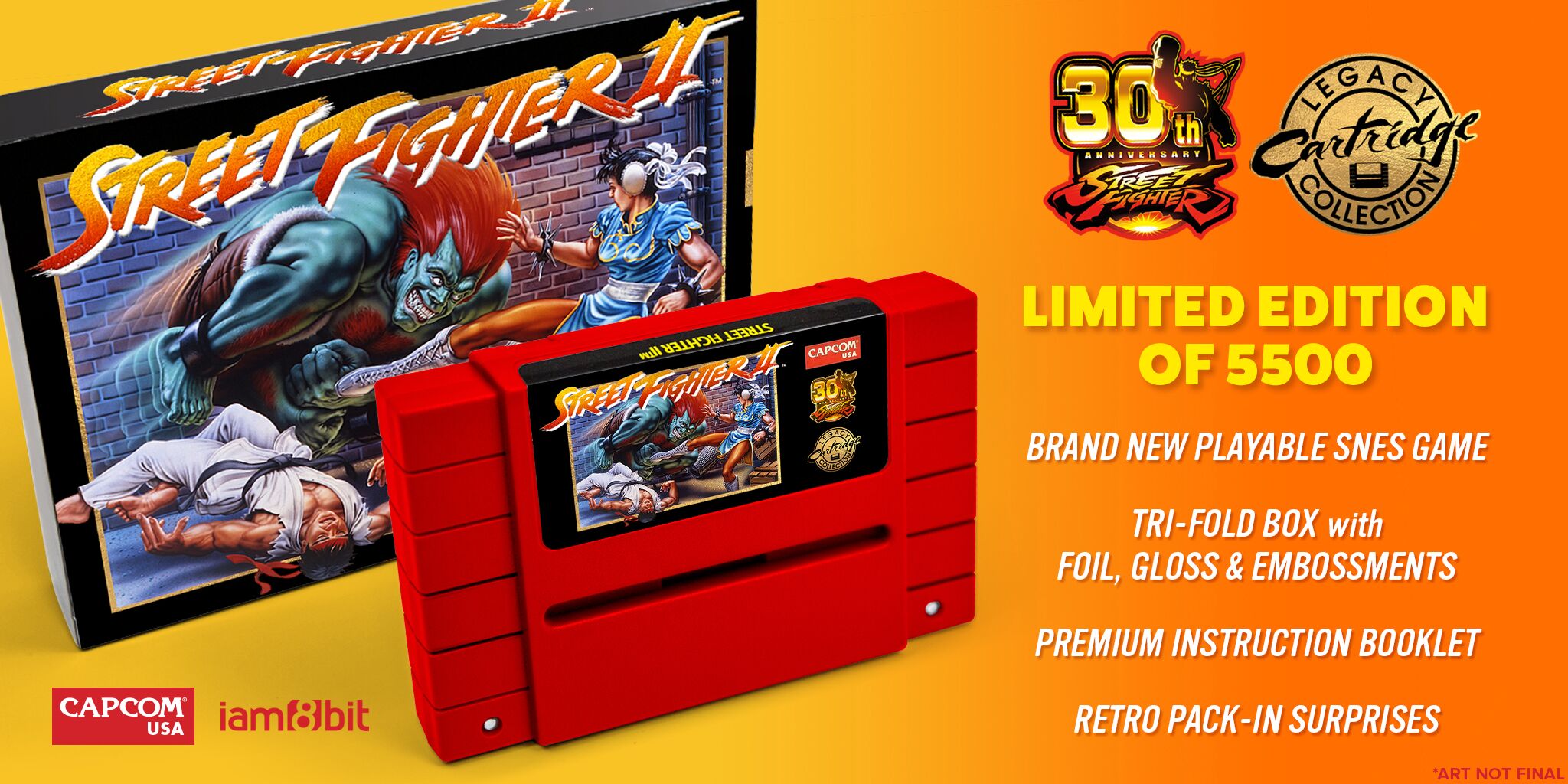 5,500 cartridges are being produced

Capcom has partnered with iam8bit to celebrate the 30th anniversary of Street Fighter with the production of limited edition Street Fighter II cartridges for the Super Nintendo Entertainment System.

Each cartridge will be newly manufactured and will come in one of two colors. Grab it in Opaque Ryu Red or Translucent Glow-in-the-Dark Blanka Green. It houses the original game code and will be fully playable on NTSC consoles, so dig out your SNES or plug in your Retron. 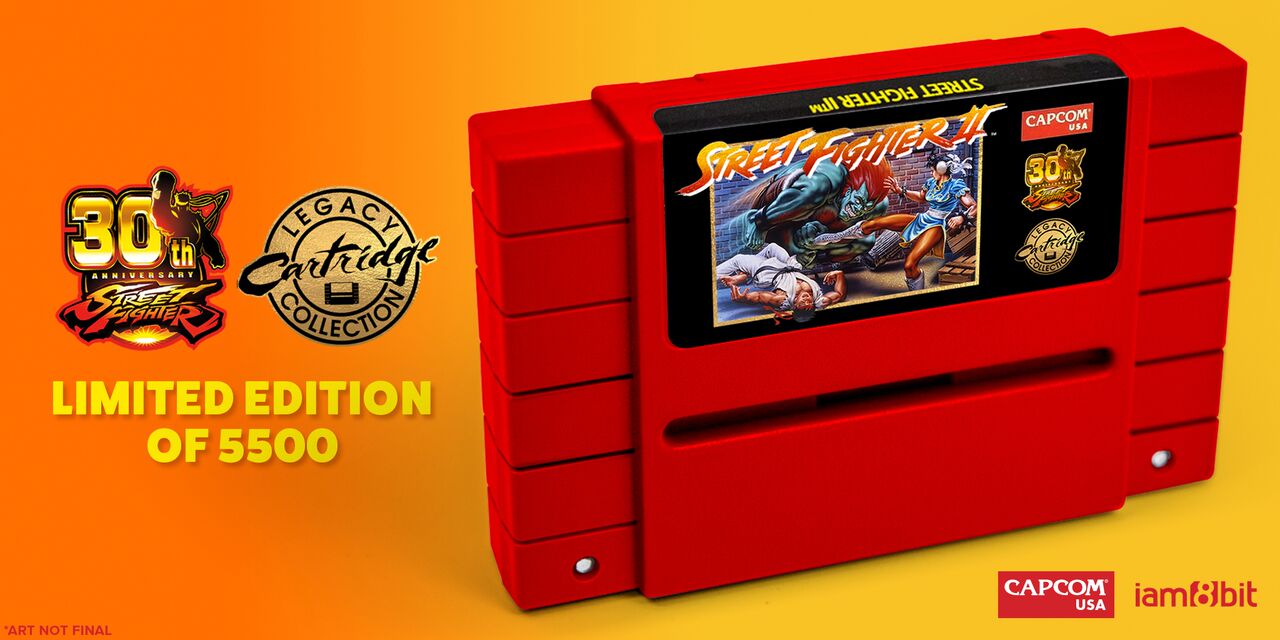 This Street Fighter II will feature restored versions of the original box art and will also include the following:

It might be worth noting that the company has issued that use of the reproduction cartridge on the SNES system might cause it to overheat and even catch fire. This is intended to be a collectible, so they give fair warning of any risk involved. 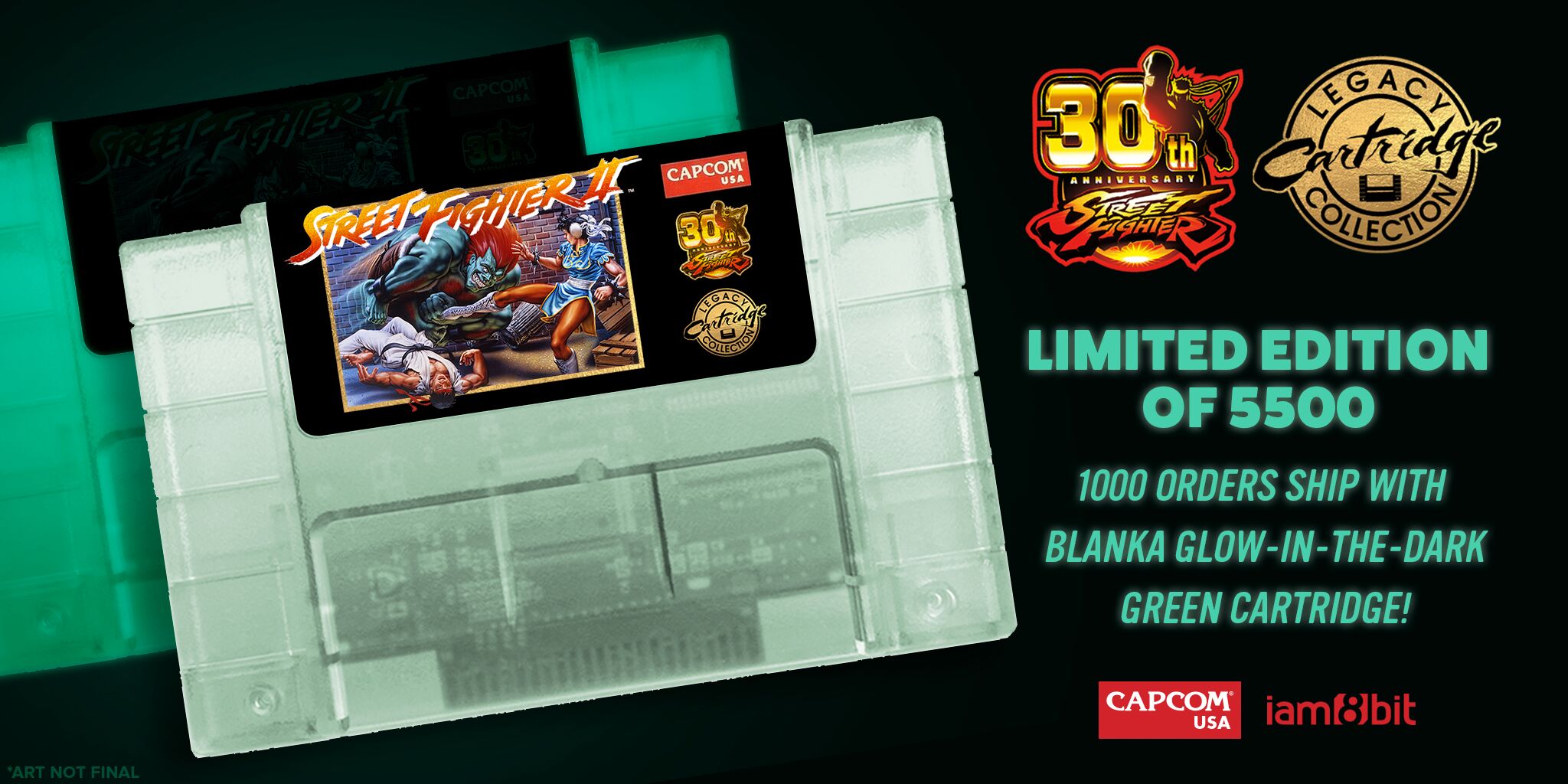 Unfortunately, the cartridge color is randomly selected, and only 1,000 of the 5,500 units being produced will come in the much cooler Blanka Green design. The cart is priced at $100 and you can pre-order now on iam8bit as well as the Capcom Store. Shipping is in late November 2017.