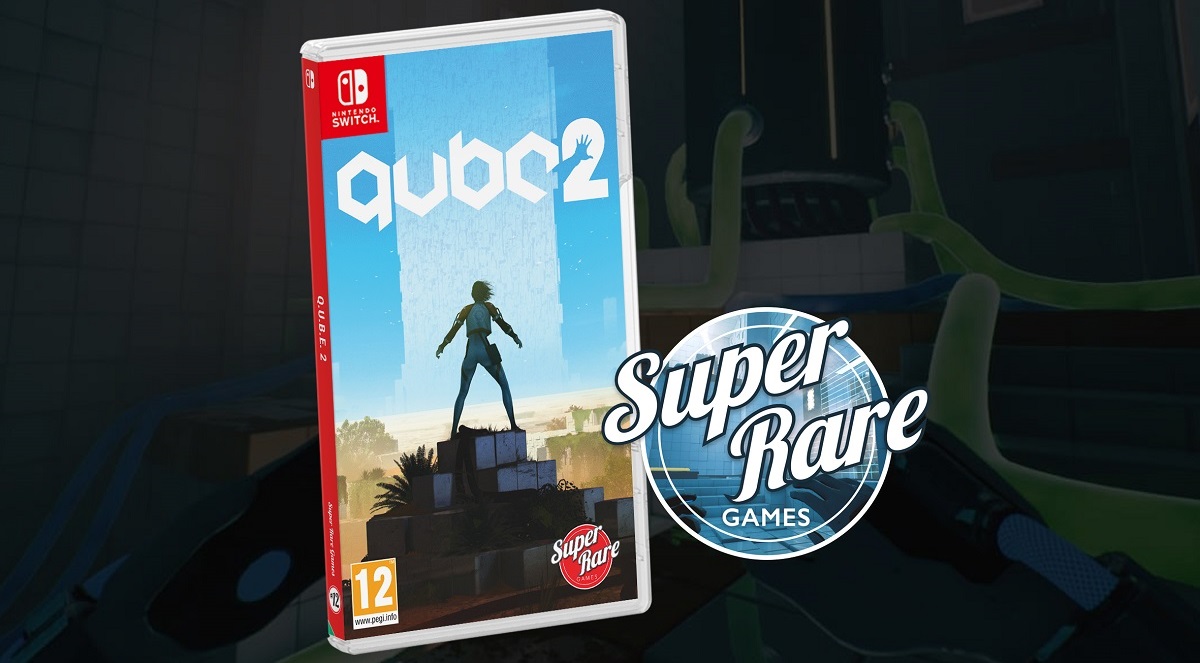 Get extra physical with your Switch

You may have noticed us giving away some Super Rare Games releases in the past. That’s because we’re besties now. So when they told us they were releasing their lucky number 13th Switch title, Q.U.B.E. 2, on February 13, they told us we could have a copy of their previous release to give away.

Because that’s what friends do.

So, let’s talk about Q.U.B.E. 2 and give away the sold-out Knights of Pen and Paper Double Pack, shall we?

Q.U.B.E. 2 is the anticipated sequel to the 2011 original, coming soon for the first time to Nintendo Switch. British archaeologist Amelia Cross has just woken up on a strange and barren planet. Armed only with her wits and the assistance of fellow survivor Emma, Amelia must overcome the puzzles and challenges presented by the Q.U.B.E. to find a way home. The game’s 80+ puzzles and varied environments are all intact and tailored for this special Switch release, allowing new gamers to get in on the action.

And Super Rare Games is raising the bar with their physical release. In addition to a region-free game cartridge, the SRG release comes with a full-color 12-page manual, interior art on the packaging, an exclusive SRG sticker, and a 3-card trading card set with exclusive artwork from the game. Oh, and only 4,000 copies will ever be made. Most of these sell out, so you might wanna pre-order on February 13.

Speaking of sold out, remember earlier I mentioned Knights of Pen and Paper Double Pack? Lol that’s sold out. But a friend in need, is a friend, indeed; I needed a copy to give away, because I love this kind of stuff. And they came to my rescue, like Patrick Swayze in a cheesy 80s movie. And I melted into their arms like the Jennifer Grey I always wished I were.

Ahem, where were we? Oh yeah, win a Switch copy of the game because you can’t buy it!

Jump into the role of both the player and dungeon master in this tabletop-inspired RPG. Set the rules and fight the battles as you control both sides of a tabletop game — add in more monsters to make the game harder, generating more loot, or change the rules to really through yourself through a loop. Fight skeletons! Dragons! Books! You know, real RPG stuff. Pick your class and go to town, kid.

Did I mention it’s sold out? I might have.

To enter, use the widget below to drop your name and email address. You can repeat daily for additional entries. For bonus entries, follow Dtoid and Super Rare Games on Twitter and share our post.

While you’re waiting for winners to be announced, use the comments below to tell us which digital games you’d like to see SRG release. I can’t promise they’ll listen, but let’s just say I know a guy. Who knows a guy. Who knows several guys. And one of those guys’ uncles works for Super Rare Games, and he said that if I told him what games you guys wanted to see, he’d put it in the Leave A Comment box in the bathroom at the office.

We have one copy of the bundle to give away. SURPRISE: Worldwide shipping on this one! Everyone can enter. Our winner will be drawn on Thursday, February 14.

Don’t forget to pre-order one of the 4,000 copies that will ever be made of Q.U.B.E. 2. Head over to our sister site Nintendo Enthusiast for more chances to win.