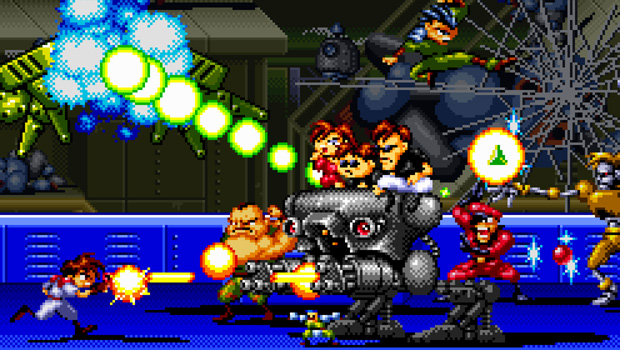 Be Agressive! is the latest OCR tribute album

Treasure knows how to make some f*ckin’ games. That’s an undisputed fact. And one of the best Treasure games is of course Gunstar Heroes on SEGA Genesis. Did you know it just celebrated its 20th anniversary this past Monday? How time flies!

So obviously OverClocked ReMix would mark the occasion with a brand new tribute album. Be Aggressive! collects 24 tracks from 19 artists to help you relive every action-packed second. I still get goosebumps thinking about Seven Force! Treasure are truly gods when it comes to badass boss battles.

I’d also like to mention that on Thursday, September 12, OC ReMix celebrated a different anniversary: 10 years of making game arrange albums! You should download the site’s very first album, Relics of Chozo, in honor of this accomplishment. Really takes me back to my college days!