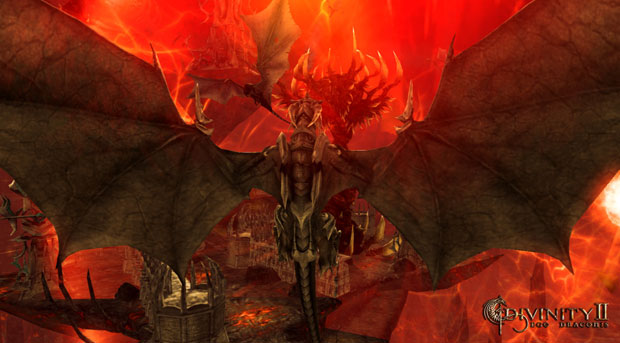 cdv Software Entertainment and dtp entertainment have announced that its action-RPG, Divinity II: Eco Draconis, has gone gold. The title will hit North American retailers on January 5, 2010 for both PC and Xbox 360.

The game is the sequel proper to 2002’s Divine Divinity, and puts players in “the role of a young Dragon Slayer, a hero with the ability to transform into a dragon, and take to the skies to fight against an onslaught of deadly creatures.” Imagine the internal psyhological conflict that guy has to deal with. He kills dragons and he can turn into a dragon. That’s deep, man.

In other news, I haven’t stabbed anything with the knife cdv sent me awhile back.