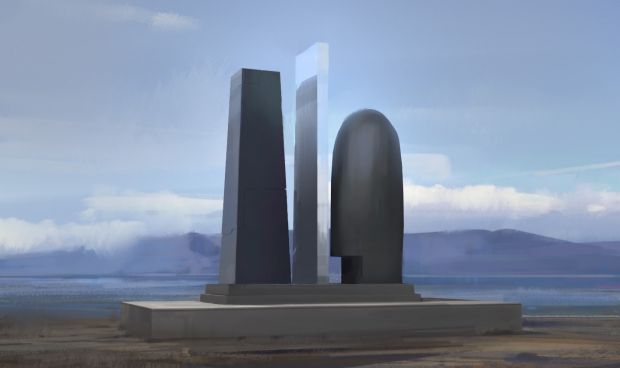 So wow, here’s a crazy story. CCP is erecting a real goddamn monument dedicated to their entire player base in Reykjavik, Iceland. It will “honor those who have participated in establishing the massive virtual universe.”

The monument will stand atop a half a meter tall metal-plated concrete platform, and it will have the names of all the main characters of all active, and even deceased, EVE Online players captured on March 1 etched upon it. Along with the monument there will be a laptop buried under the monument that will serve as a time capsule containing videos of messages from the players and the development team.

“Our intention is to immortalize the contributions of the millions of people of the EVE universe in a way that extends beyond their immortality in our games“, said Hilmar Veigar Petursson, CEO of CCP. “Honoring them as part of a timeless monument shows how virtual lives and adventures have reached a new level of meaning and impact that weaves into and enhances those that happen in this world.

The monument will be unveiled on April 30, one day before Fanfest 2014.