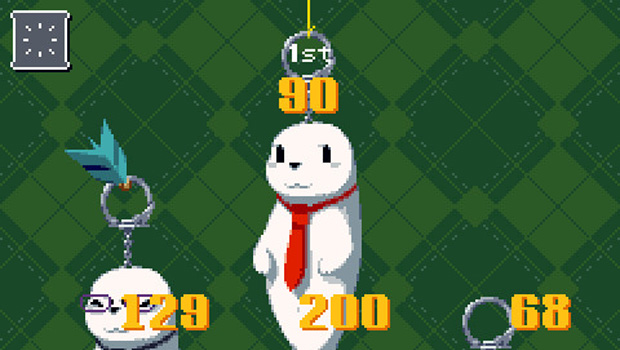 Daisuke “Pixel” Amaya, the creator of everyone’s favorite freeware-turned-paid-game Cave Story, has just released his first title on the App Store. Azarashi, an updated version of a quickie time-waster he made over a decade ago, is about catching cute, living seal keychains as they fall to collect points.

So, why the question mark in my title? Because if you jump the gun and fire your arrow at a seal before it starts to fall, you will pierce its forehead, killing it and spraying blood everywhere. Only in a Pixel game can you be both an animal savior and animal murderer at the same time. No worries! It’s adorable murder!

The game is quite short — you play three rounds, tally up your score, then win a keychain for your efforts. Still, for only $0.99, you might as well. Animal cruelty has never been so cute and saccharine.