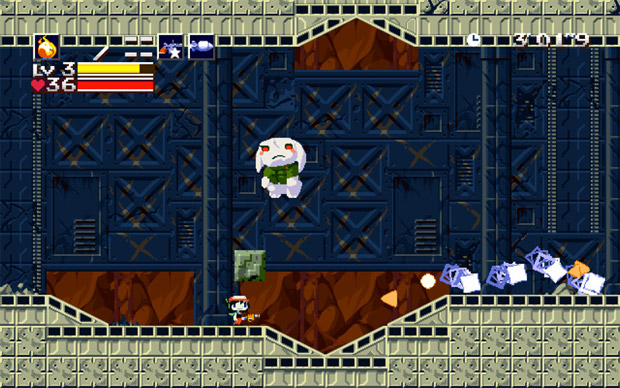 Cave Story has seen — and is still seeing — quite a few releases, but it is one of those games worth playing by all. Beyond this, more content seems to be thrown in with each version, so you won’t hear me complaining. The latest is Cave Story+, which appeared on the Mac App Store today for $10.

Wind Fortress is a new level created by the mastermind behind Cave Story himself, Daisuke Amaya. Those familiar with the WiiWare version of the game will see a lot of similarities here, but I figured it was worth listing those bullet points for everyone who doesn’t have near-encyclopedic levels of videogame knowledge.