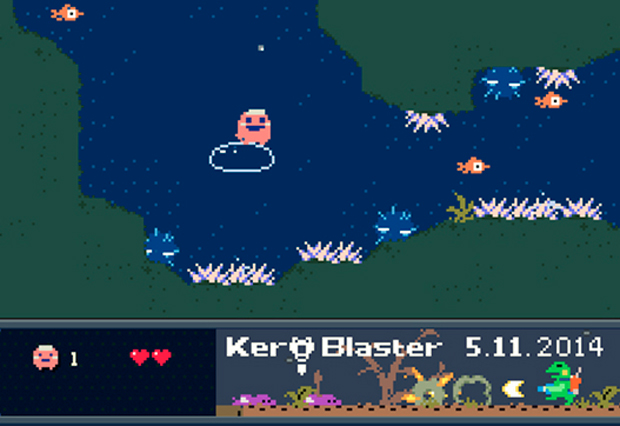 Have you heard of Pink Hour? It’s a new game from Daisuke Amaya — you know, the dude that made Cave Story. Also, Ikachan. Everyone always forgets about Ikachan.

Anyway, Pink Hour is about a pink blob on a mission to retrieve a lost document. You see, if she doesn’t fetch it in time, the president might get angry. Perish the thought! It’s time to get that parchment!

The title is a free prologue to Studio Pixel’s upcoming project, Kero Blaster, which is coming out on May 11, by the way. That’s something Pink Hour wants to make sure you’re very aware of, as an advertisement for the impending platformer is on display at all times.

Much like Kero Blaster, Pink Hour is a retro-style platformer that involves a fair bit of running, jumping, shooting, and dying. Yep. It’s hard as nails. At least I thought so. But you should probably give it a go and see for yourself. It is free after all.