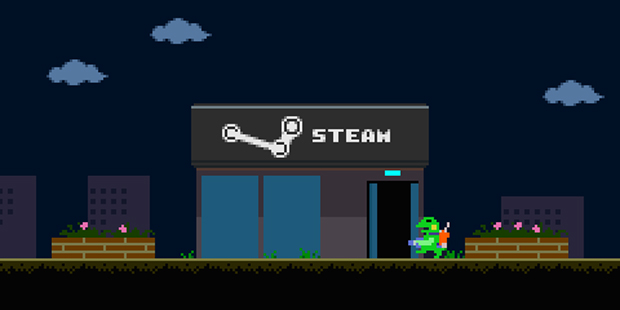 If you’re unfamiliar with Kero Blaster even though it has been available for over a year, it might be because it was never released on Steam, but that all changes on November 11.

Kero Blaster was created by Pixel, the man behind the now-legendary Cave Story (a game our very own Jonathan Holmes reviewed three times). It’s a pixelated Metroid-like side-scrolling shooter and it is hella fun. Don’t believe me? Then take it from Holmes’ original review.

Since the aforementioned review, Kero Blaster has received a couple of updates, including the recently released Zangyou mode that includes more stages and a whole new story.

For those who can’t wait till the Steam release, you can snag a copy of the game from Playism that includes the Steam version upon release, or get it from the iTunes App Store.

While you’re at it, grab the free spin-offs called Pink Hour and Pink Heaven that have you playing as the office lady from Kero Blaster.