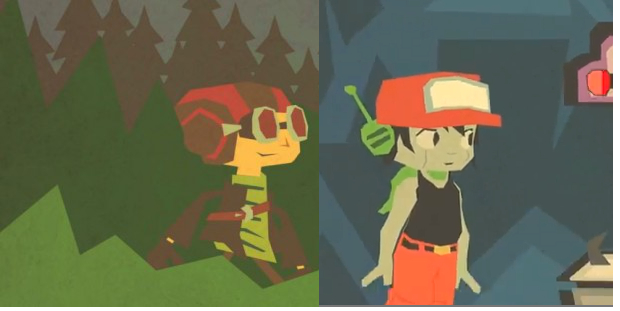 Gaijin Games have announced a game-changing load of DLC for their latest masterpiece Bit.Trip Presents: Runner2 Future Legend of Rhythm Alien. Seven “well-loved” videogame characters will make their way into the game this Thursday on Steam, and on consoles at a later date. More characters will be revealed throughout the week, but for today we have the revelation that Quote from Cave Story and Razputin from Psychonauts are now part of the Bit.Trip gang. Holy Smokes!

The creator of Cave Story is reportedly very protective of his characters. Word has it that he kept Quote from appearing in Super Meat Boy, not because he didn’t like Meat Boy, but because his personal connection kept him from letting go. That makes seeing Quote here all the more exciting. Speaking of Meat Boy, I’m guessing we’ll be seeing him announced later in the week, along with President Thompson from Tempura of the Dead and Maxwell from Mutant Mudds.

That’s just guesswork on my part though. Who do you think we’ll see announced next?