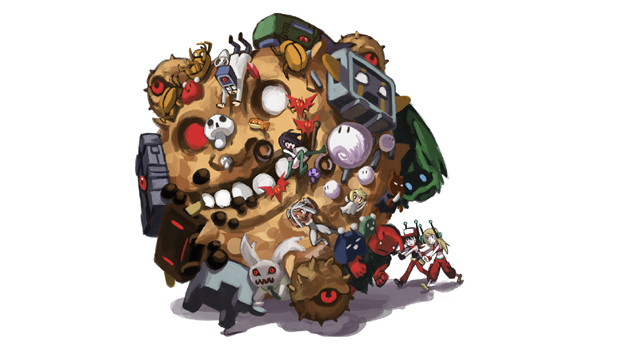 Could mean nothing, or it could mean everything

PAX South is going on right now, and two of our most honey-loving sugarbears are in the fray as we speak, lapping up all that sweet golden joy. One of the games they’re set to check out is Nicalis’s Castle in the Darkness, a 2D action game that features a baby being eaten by a giant plant. Oh the humanity!

Nicalis was spilling the beans about that title and many of their other projects at their PAX South panel when all of a sudden, one of the attendees noticed a folder marked “Cave Story 2” on the Nicalis laptop. When asked about if Nicalis is working on a follow up to one of the most beloved independently produced videogames of our modern era, they reportedly responded “maybe, maybe not”.

I’m a huge fan of Kero Blaster, the latest game by Cave Story‘s creator, but there is no denying that Cave Story is still Daisuke Amaya‘s greatest game. In the times that I’ve asked Nicalis and Amaya-san if they would consider a developing sequel, they responded with a mix of hope and anxiety regarding the prospect, much like your average Cave Story fan might. As it stands, Cave Story is nearly perfect, and following perfection is no small feat.

If anyone can do it though, it’s Amaya-san. I think I can speak for his fan base when I say that any new Cave Story would be better than no new Cave Story.