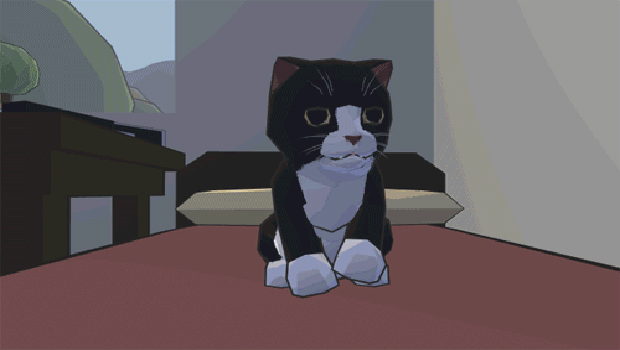 Even in a procedural death maze

Full Disclosure — Chris Chung, creator of Catlateral Damage and fellow Smash Bros. fan gave me a small Smash Bros. towel after we did this interview. We also went to a comic book store together once and maybe saw Lucas Pope browsing the recent issue of Thunderbolts where Punisher kills Ghost Rider. It’s a pretty good issue.

So maybe I’m biased when I say that “rascally cat simulator” Catlateral Damage appears to be expanding into diversified gameplay experiences at a nice pace. We talked with him and Fire Hose’s Eitan Glinert about taking the game to new places, the difficulty in applying punishment to cats, and other fun stuff.

Reminder — you can play the demo over at the official site right meow.