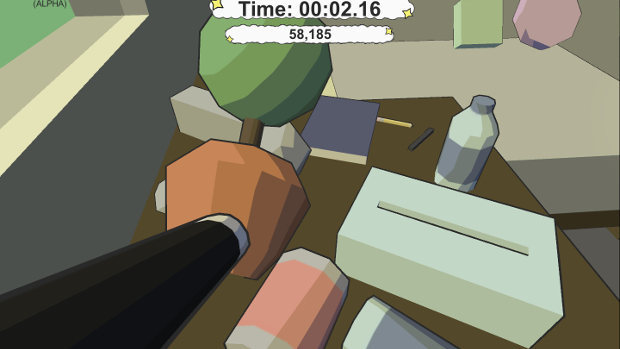 Catlateral Damage has you play a cat who wants to make an enormous mess. That’s catliterally it. Still, this first person wreck ’em up is super fun and freely playable in-browser in its alpha state.

Eurogamer cat up with Catlateral developer Chris Chung, who detailed some additions that will be going into the commercial build later this year, including a stealth mode, Cat Ops.

“The basic premise is that it’s night time and your owner is asleep, so you have to knock over objects without making too much noise,” Chung explained. “I feel like this mode will fulfill the desire to be a sneaky cat, and also give quite a different challenge than the current game mode.”

Chung also just implemented a non-timed, “free” mode that will be available in the next build. On top of that, Chung is considering adding time trials, while he is currently working on level design. “Level design is also in progress, but I’d like to create levels in such a way that the earlier levels are somewhat small (individual rooms) and progressively get bigger,” Chung  said. “I plan on creating entire houses broken up into individual rooms, so it’ll be possible to block off rooms as separate levels or give the player full access to the whole house.”