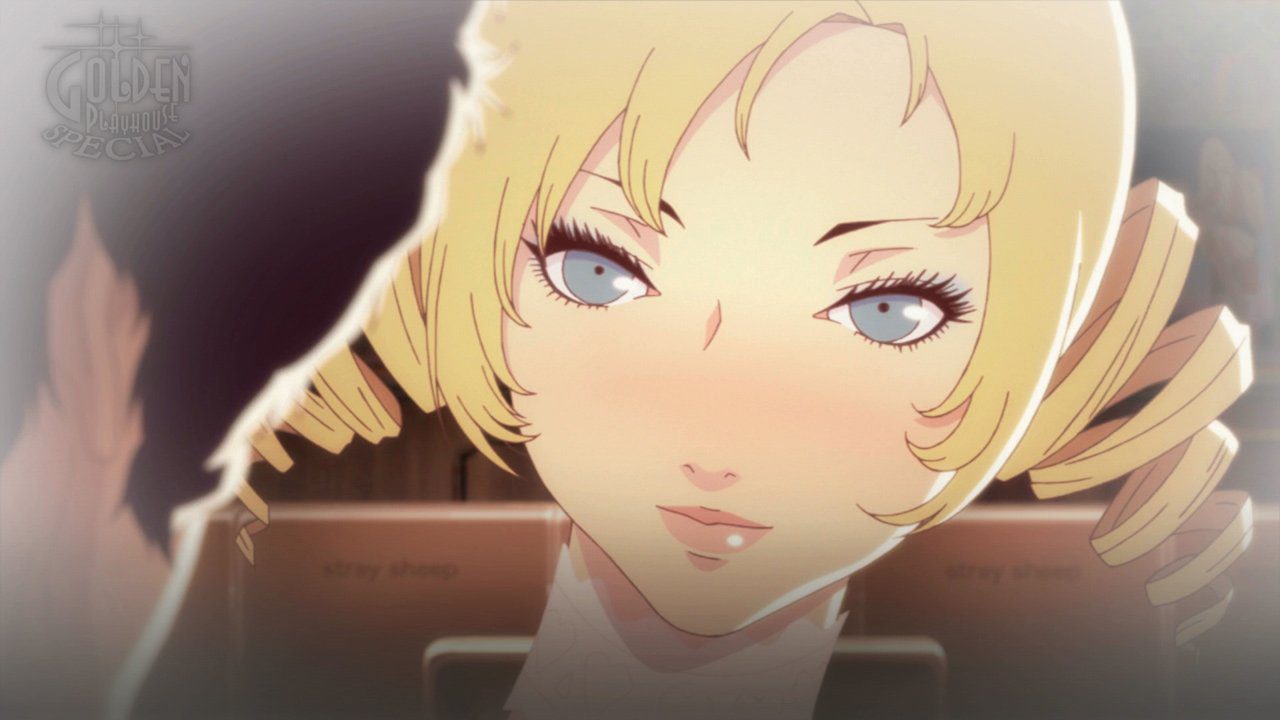 …and as savory as you’d expect

If you told me back in 2011 that Catherine was going to make its way to a future Nintendo console, I would have let out the most uproarious laughter and/or that cute Animal Crossing question mark reaction. My, how the times have changed.

However, it’s a completely different story if you want to play this one in public…

For those who need refreshing, Catherine is a puzzle game slash (arguably) dating sim where the protagonist, Vincent, is trapped between sticking with his long-term girlfriend or moving on to a mysteriously obsessive new hotness. His punishment for being a trashbag human is to suffer through climbing a tower of blocks each night, ending with a judgment on his character.

Players alternate between evenings of chatting with Vincent’s friends at a bar, sending texts to the C/Katherines, and solving the nightmare puzzles that make up the core of the game.

Catherine: Full Body is the remaster that came to PlayStation 4 last September which included a new character, Rin, along with new cutscenes and other fun additions. Ten months later, it’s arrived on the Switch, and is about as solid as any port can hope to be. When playing through, it felt like the original experience all over again, this time with beefed-up graphics and new stuff to watch.

The one minor gripe I have with the Switch version is that I’m not the biggest fan of the Joy-Con’s d-pad, so solving some of the block puzzles can be slightly frustrating or inhibiting if you’re used to a stronger controller, but with a Switch Pro Controller, it shouldn’t be that much of an issue.

For anyone who hasn’t gotten the chance to play the Full Body experience yet, a few of the added features (like multiplayer) – along with the remix puzzle format, content, cutscenes, and endings – are definitely worth the jump. The Full Body Bonus Content DLC, which has some fun upgrades like glasses that show characters in their underwear, is also included in this $49.99-at-launch Switch port (for comparison, the DLC is currently sitting at $24.99 on the PlayStation Store).

As for the Switch port, I enjoyed the game mechanics outside of the Joy-Con experience, and the music and cutscenes were surprisingly crisp. However, for those who have already played through the Full Body PS4 release, there’s not much difference with the Switch version outside of the DLC bonus content and the ability to take the game to a public space.

Although let’s be real, nobody is getting close enough to you in a post-coronavirus world to see the weird stuff you play.