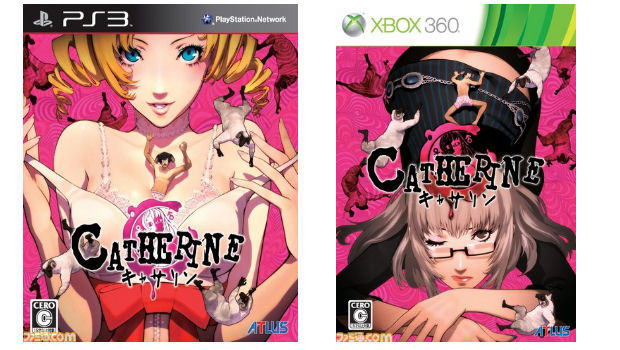 You have to hand it to Atlus, they know how to get our attention. The publisher revealed box art for the PS3 and Xbox 360 versions of Catherine, each one providing a different piece of artwork, but both of them guaranteed to catch the eye.

The mixture of high quality sauce and scorching colors should definitely make the game pop out on store shelves, provided any store manager is brave enough to put them out there. They’re not exactly pornographic but they’ll definitely raise some eyebrows in the more devout parts of the world. Actually, we can probably expect the art to change when the game leaves Japan.

Catherine has intrigued pretty much everybody since it was announced, and I have to say I’m looking forward to it myself. It just looks so … eccentric. We need more eccentricity in console gaming.