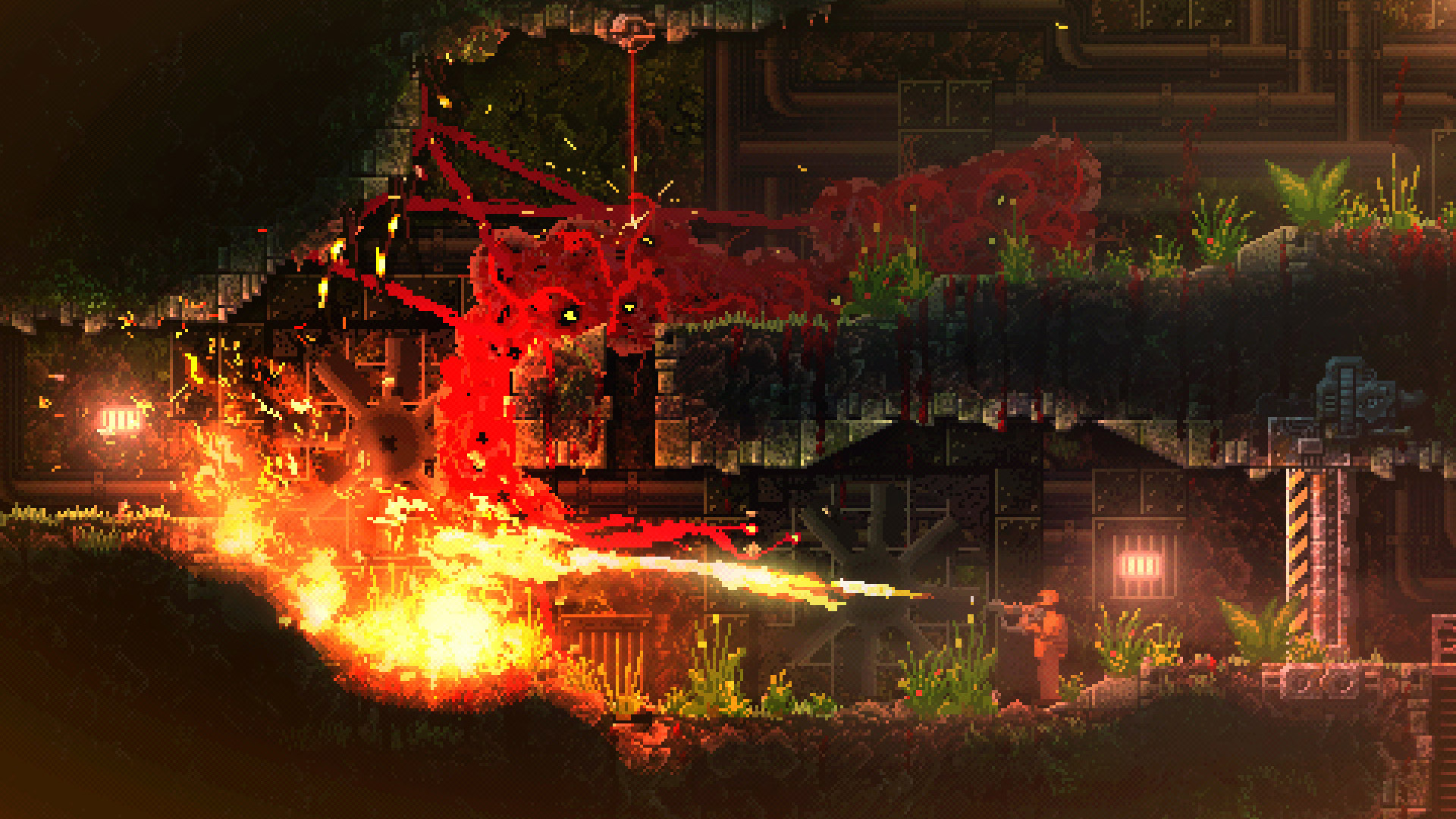 It’s about time someone made a video game channeling The Thing that lets us be The Thing.

The game in question is Carrion, a gruesome action-exploration title about a mutating monster hell-bent on escaping from a secret underground base. I had fun toying around with the limb-tearer at E3, and now, you can too – Phobia Game Studio and Devolver Digital have released a free demo on Steam.

For a game like this, player movement is everything, so I’d encourage you to go for it if you’ve heard about Carrion before or just generally like the “reverse horror game” pitch. It might surprise you.

Carrion will release in 2020 for PC and consoles. Cue the music.