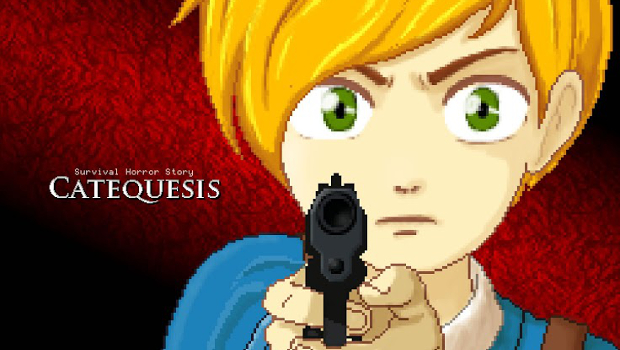 What if disgusting babies wanted to kill you?

Frequent readers of Destructoid already know how beloved Lone Survivor is to many of our staff. It’s an amazing example of how the interplay between simple iconography-based visuals, horrific concepts and powerlessness-focused gameplay can make for an experience that’s as tense and disturbing as any big budget horror title.

The trend towards that formula seems to be picking up, with games like Death Road to Canada, Lisa, and Confederate Express. We can now add Catequesis to their ranks. The game has been in the works for a while, though it has recently grown in size and scope. That’s given its developers reason to start talking about it more publicly, which is good news for us. Seeing that their inspirations include two Davids (Lynch and Cronenberg), Deadly Premonition, and Jesus, provides plenty of cause for optimism.

While I may never get my idea of an ideal sprite-based horror game (a Metal Slug 3 spin-off about surviving a blood vomiting zombie outbreak), it’s still great to know that a lot of developers are headed in that direction.