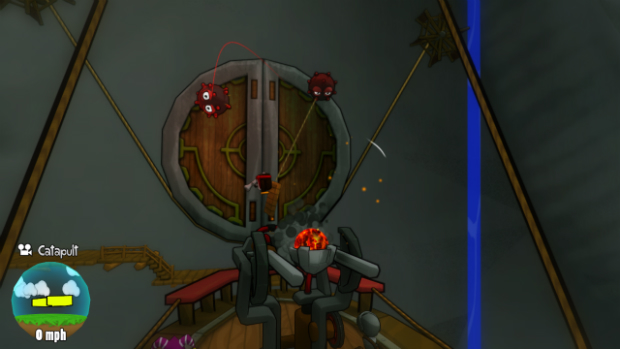 Hoping to hit its target

Last time we heard about Catapult for Hire, it was taking its brightly colored physics-based puzzle-exploration to PAX Prime 2013. Since then, developer Tyrone Henrie has continued working on it as he has been for the past four years, and it has finally progressed to the point where it is now up on Kickstarter and Steam Greenlight.

Most interesting about the gameplay shown above is that Catapult for Hire is not just about being stationary and lobbing items at targets. With its different payloads and modifications, including a teleporter, it takes on an almost Zelda-esque dungeon exploration, with pressure plates to trigger and secret areas to find. It already looked neat before, but now it is sounding good enough to put money toward.