Chatting with Freddie Wong and the VGHS crew

In May 2011, independent film studio Rocket Jump launched Video Game High School, a web series about a talented FPS player and his struggle to fit in the videogame equivalent to Harry Potter‘s Hogwarts. Now with over 55 million total views under its belt, the show enters its second season with increased fervor.

Season 1 was an experiment for the creative team, who had up until then had been more accustomed to shooting bite-sized YouTube videos. The movie-like pacing meant that the show kept a narrow focus on the exploits of protagonist Brian D and his FPS matches. Thanks some fresh new ideas, a larger budget, a stable of pre-established characters, Season 2 will hopefully address all those hiccups and realize the series’ full potential.

To commemorate the start of the new season, I’d like to share some insight into its development. I was recently able to hang out with a roomful of cast and crew, including Freddie Wong (VGHS co-creator), Josh Blaylock (Brian D), Johanna Braddy (Jenny Matrix), Ellary Porterfield (Ki Swan), Jimmy Wong (Ted Wong), Benji Dolly (Games Dean), and Chase Williamson (Shane Pizza). We discussed the show’s ambitions, the new changes for the season, and stunts cats. 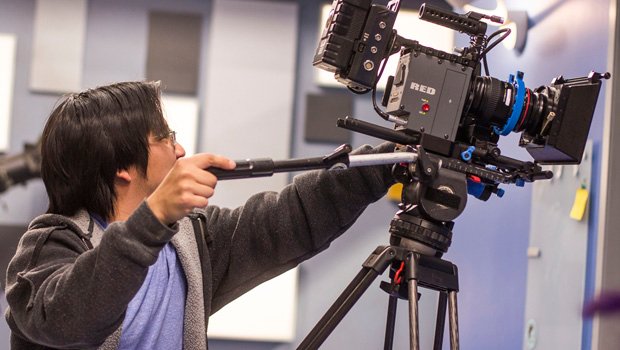 “The originally series was essentially a two-hour movie that was snipped up for online,” Freddie explained, addressing the first season’s filming process. “At the time, that’s what a lot of people were pushing for… because people only want to watch things in 10-minute segments. As we were putting it out, we were realizing that the user comments were suggesting that people wanted to see much longer things, that people used to Netflix and Hulu sit in front of the computer for 20 minutes, 30 minutes at a time. So with this season, we’re doing basically a TV show, so six TV-length episodes. Our shortest episode is something around 24 minutes, our longest episode is around 34 minutes long.”

Whereas Season 1 was shot in 19 days, Season 2 lasted 29. Whereas Season 1 had a budget of just over $600K, Season 2 more than doubled that. As a result, the overall run time of Season 2 promises to be much longer. It’s structured less like a movie and more like a TV show, giving plenty of opportunity to flesh out side characters and give them meatier supplementary story arcs. 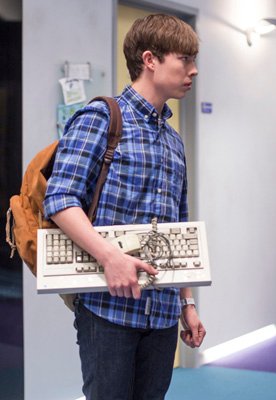 One of the big complaints about Season 1 was that it spent too much time on FPS gaming. This time, there will be plenty of focus on a range of genres, such as Skyrim-like sword battles, and go kart racing. As Freddie described, “Essentially, if you took a sports analogy, the first season’s kind of about football. It was like Friday Night Lights. Everyone was like, ‘The only sport you show is football!’ Well, it’s kind of like the big sport in this universe, but we wanted to expand that out for the second season.”

The Big Bad from Season 1 was The Law, played by 5-Second Films‘ Brian Firenzi. The Law was the best FPS player in the world who suffered a humiliating defeat by Brian D early on. He then spends the rest of the show making life at VGHS hell for Brian, culminating in one final, no-holds-barred showdown. 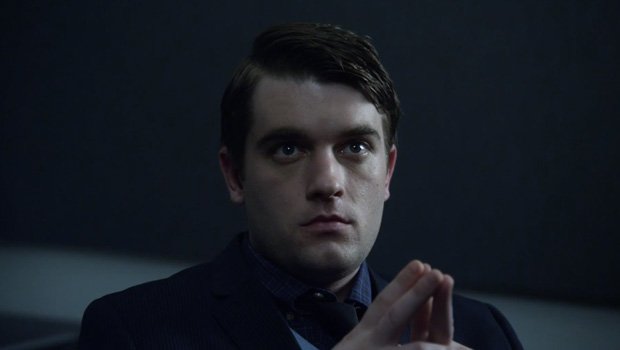 Things aren’t looking hot for The Law at the start of Season 2, when he’s caught in the middle of a cheating scandal and spirals towards rock bottom. Replacing him as antagonist is Shane Pizza, the smartly dressed captain of the real-time strategy team. He’s played by newcomer Chase Williamson, who says of his character: “I dress like a businessman but I talk kind of like a bro.”

There will be other fresh faces, but the bulk of the original cast has come back. Missing, however, is FPS class instructor Ace, played by Chuck star Zachary Levi. His absence can be chalked up to his extremely busy schedule — if you were asked to hold Chris Hemsworth’s cape in Thor: The Dark World, you’d probably go out of your way to make some time, too! 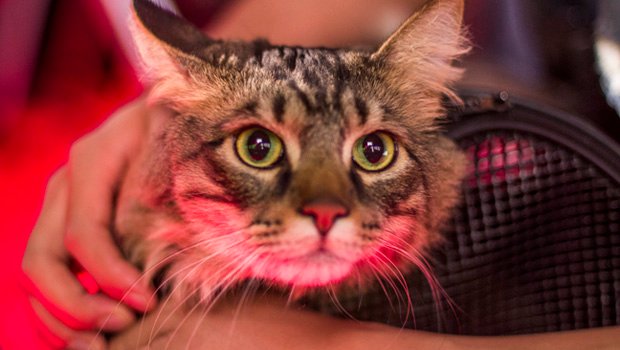 But who needs Zach Levi when you’ve got cats running all over the set! Apparently, stunt cats were a big thing for Season 2. Stunt cats typically only learn one or two tricks, and the VGHS crew used them to their full capabilities — riding on cars, getting tossed onto faces, and generally stealing other actors’ thunder.

Jimmy Wong, whose character Ted is supposed to be a drift car game racer, jokingly expressed his feline frustration: “The cat probably drove more than I did!” 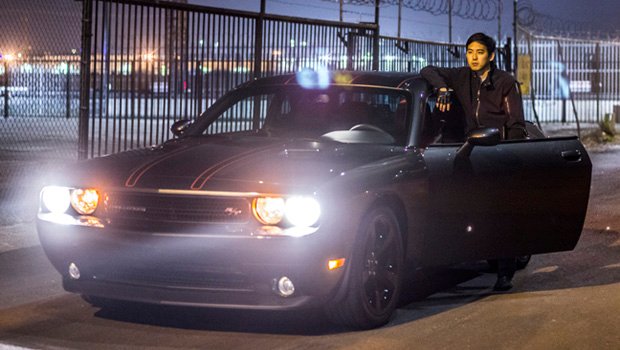 From stories about cats and the amicable vibe between cast mates, I could tell that this was a project everyone involved enjoyed doing. VGHS as a whole was built to be fun and not be taken too seriously. Perhaps the tone doesn’t tickle some people the right way, which is fine. Others may find it disingenuous, which couldn’t be farther from the truth.

Both Freddie and Matt Arnold, the other co-creator of VGHS, are acutely aware of their own shortcomings, but they don’t let that stop them. As Freddie said, “We always look to tell a good story, have good characters, have an arc for those characters, and follow that through. That’s our primary concern, first and foremost. Especially nowadays, it’s very easy to put something out and get feedback back from it. We put something out, and we are not unrealistic. We know that there are going to be people who love it, there are going to be people who [say] it’s not for them. There’s no reason why I should ever expect anything that I ever do to appeal to everybody ever. For us, this is what we really enjoy doing.” 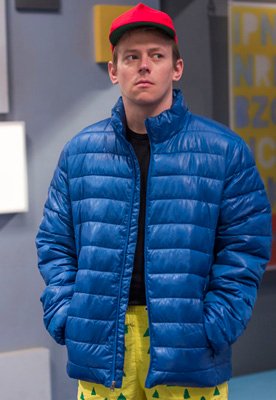 Brian Firenzi as The Law

There is a segment in the first episode of Season 1 in which Brian gets harassed by a pair of bullies. After the confrontation, the bullies fly away on a hover bike, which exists in this universe for no explicable reason. That scene right there is the litmus test: if you can accept the hover bike, you’ll enjoy the show just fine.

“As soon as you as accept the reality of that world, it just sort of comes out,” Chase said regarding trying to find the right balance of cheese for Shane. No matter the characterization or visual gag, “it always just fits in the universe,” according to Jimmy.

If you enjoyed the first season of Video Game High School, you should have loads of fun with the second. If you were turned off before, maybe give it another chance. And if you’ve never seen it before, give it a shot on Rocket Jump or YouTube.