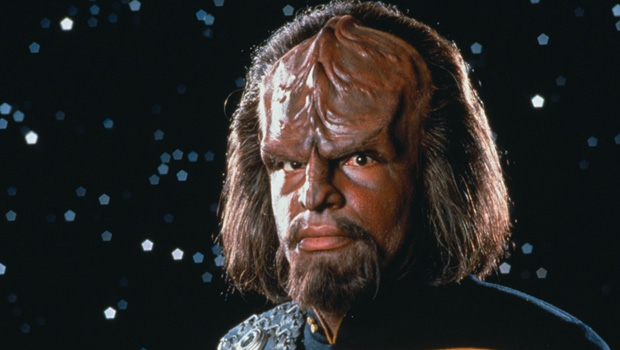 Rumors of a Castlevania film have been swirling around for years. I know at one point there were talks of doing a Castlevania III animated adaptation. On the live-action front, Resident Evil director Paul W.S. Anderson was on board, but those plans fell through as well — he probably couldn’t find a way to shoehorn Milla Jovovich into it.

Recently, the Nerdist Podcast welcomed special guest Michael Dorn, best known for playing Worf on Star Trek: The Next Generation. He revealed that a Castlevania movie is finally happening and that he has a small role: “They finally got the OK from the owners, and so they’re doing that. It’s a fun little part. It’s four days, and I’m playing a werewolf that’s been around for a gajillion years who works for this vampire. It’s not too far from Worf because there’s a lot of killing and jumping and sword fights and everything. So that’s what I’m doing now.”

The only werewolf of any significance I can think of is Cornell from the N64’s Legacy of Darkness. I highly doubt whoever is in charge even remembers what the N64 was, so I’m guessing this is an original character. But considering how far the Castlevania cast extends, I feel very uncomfortable learning that the first announced character of the first Castlevania movie is neither Dracula nor a Belmont.