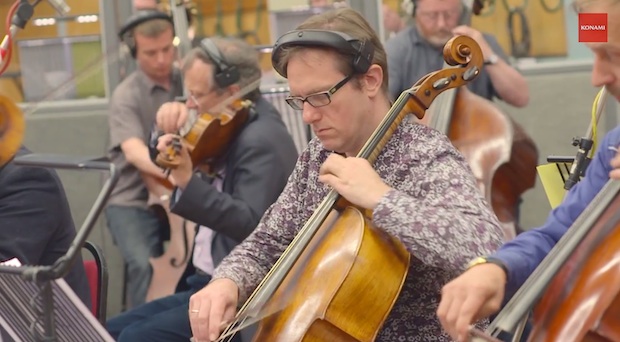 Konami has a nice seven-minute video on the musical score for upcoming game Castlevania: Lords of Shadow 2. As a fan of the music from the Castlevania franchise, I appreciate that they went all-out on this soundtrack, with what they say is the largest orchestra ever used in a videogame. It was recorded at legendary studio Abbey Road. For those not in the know, this is the recording studio of recording studios — world-class stuff..

Composer Oscar Araujo is clearly not messing around when it comes to Lords of Shadow 2‘s score, either. It’s one thing to be flashy have that big budget Hollywood movie sound, but it’s another to craft something that really fits games specifically. He talks about this and his inspirations in the video.

I’m just as excited to experience the musical score as I am to play the game. I’m expecting big things from the combined effect. We won’t have to wait much longer.