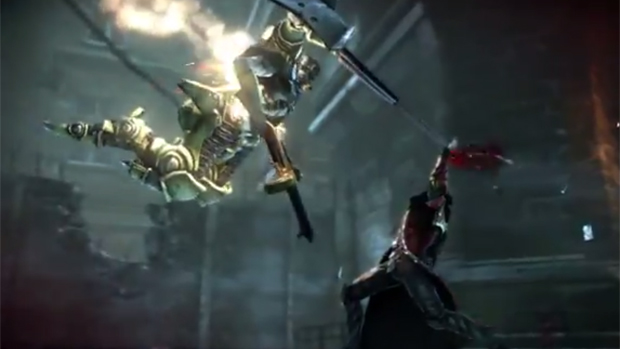 A new trailer featuring the principal players of Castlevania: Lords of Shadow 2 emerged today, celebrating the cast of voice talent assembled for the final entry in the Lords of Shadow series. It’s hard to go wrong with Robert Carlyle and Patrick Stewart, and the casting of Game of Thrones‘ Richard Madden seems like a solid choice for Alucard.

The last third of the video presents some action-packed sequences, several of which suggest that no fight is complete without a slow-motion leap of some variety. While that may sound cynical, I’m quite excited to play Lords of Shadow 2, as the prospect of finally being able to play as Dracula is utterly irresistible. I consider it a scenario which demands epic aerial activity.