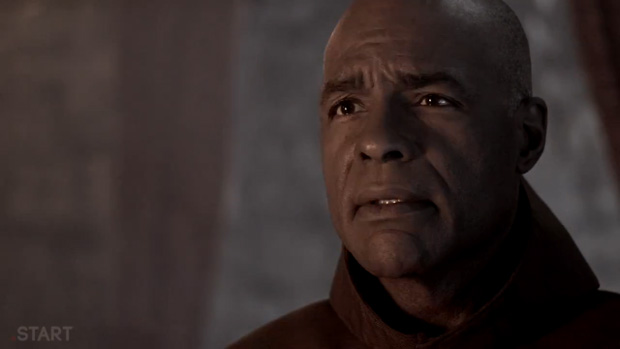 Four episodes into the IGN-hosted web series Castlevania: Hymn of Blood, Simon Belmont has yet to do battle with so much as a mud man. All he does this week is ride on a horse and drink wine. I want to see some violence, man!

If it wasn’t apparent already, this show has more in common with Lords of Shadow than the original Casltevania games, demonstrated further by the mention of the Brotherhood of Light. Does that mean Simon will eventually be equipped with the Combat Cross? Maybe.

I’ll keep watching Warp Factor 2‘s tribute series in the hopes that the action will heat up soon, or at least until I see Worf turn into a wolf.